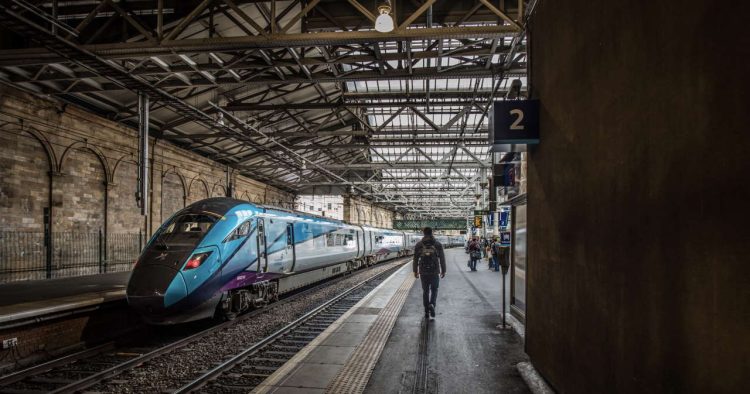 Hitachi Rail, Angel Trains, and TransPeninne Express (TPE) have agreed in principle to carry out a trial by converting one of TPE’s ‘Nova 1’ trains into a battery hybrid.

TPE’s ‘Nova 1’ trains are bi-mode, in that they have diesel engines and electric motors. The trial will replace a diesel engine with batteries; the train’s two remaining engines will remain in situ.

Power provided by the batteries will help to reduce the amount of fuel required to operate the train.

Passengers will also benefit when the train is operating on battery power, such as within station areas, as noise pollution will be reduced and air quality improved

The trial will start next year and will aim to reduce fuel usage and carbon emissions on Transpennine’s network by at least 20%.

If the trial is successful, it is expected the technology can be developed to achieve further emission and fuel savings to support the rail industry’s decarbonisation targets.

Letters to Santa can be posted on Transpennine Express railway stations at Manchester Airport, Huddersfield and Hull

TPE’s ‘Nova 1’ fleet comprises 19 trains that connect major towns and cities across Northern England and Scotland. A successful trial will allow Hitachi Rail, the train builder and maintainer, and Angel Trains, the train’s owner, to propose plans for retrofitting batteries to the complete fleet.

Although some of TPE’s routes are electrified, trains currently use diesel engines most of the time. Until the network is fully electrified, adding a battery will create an electric-diesel-battery hybrid that will provide a fast and effective way to reduce carbon emissions.

Peter Wilkinson, Managing Director for Passenger Services at the Department for Transport, said: “I’m thoroughly delighted to see these battery trains progressing. In a world increasingly vulnerable to climate change, and the environmental and atmospheric impacts of carbon and other forms of pollution, the rail industry must both show leadership and take the lead; waiting for permission simply won’t be an acceptable excuse. This project is an exemplar and we are going to need others like it if we are to succeed in creating a future mixed economy of modern, environmentally clean and safe future rolling stock traction solutions.”

Jim Brewin, UK & Ireland Country Lead, Hitachi Rail, said: “This trial can deliver a significant green boost to passengers and operator alike, improving air quality, cutting carbon emissions by at least 20% and reducing fuel costs. Hitachi Rail is a world leader in battery technology and believes it will be key to the UK hitting its net zero targets.

“As a business with a footprint across the North of England and with our factory at Newton Aycliffe, we see enhancing the TPE network as meeting the Government’s levelling up agenda, delivering greener, more efficient services to the region.”

Malcolm Brown, CEO Angel Trains, said: “Investing in battery technology for our fleet of Hitachi Class 802 trains is critical to delivering a greener service for passengers travelling with First TransPennine Express. We are committed to supporting the Government’s net-zero targets and working collaboratively with our partners to achieve these goals.”

Steve Montgomery, Managing Director of First Rail, said: “We recognise and welcome opportunities to invest in sustainable rail initiatives and support innovations such as this which create solutions to help improve rail’s emissions and air quality, accelerating the transition to a zero carbon world. Working with our industry partners ensures that we achieve a better environment for our customers and will further encourage them to switch from cars to trains, which have a lower environmental impact per passenger mile.”