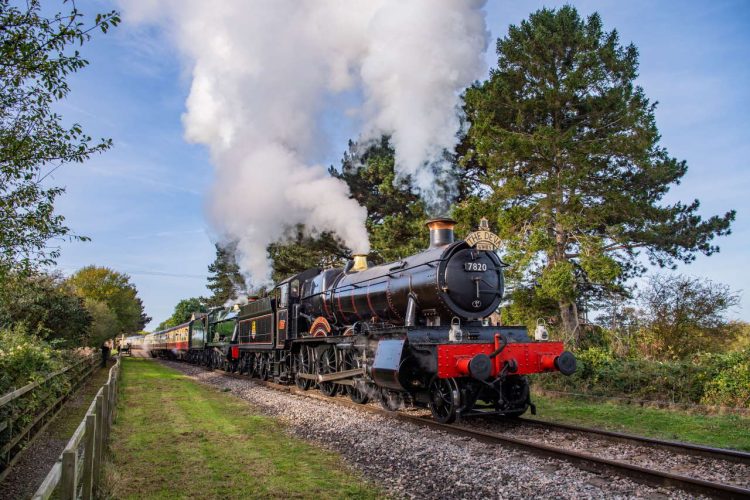 Held over the weekend of 6th – 7th November, the gala was held as a finale of the railway’s 40th anniversary.

The locomotives in action were:

Janet Gough, the GWSR’s Volunteer Resources Director, says: “Scheduling a big event for early November and running it on a small budget was always going to be something of risk.  But blessed with good weather, almost 2,000 people bought tickets and, for the first time ever for such an event, online ticket sales exceeded those bought on the day.

“Visitors enjoyed a variety of experiences showcasing our impressive home fleet of steam and diesel locomotives.  All departments pulled out the stops to work together to prepare and run locos and rolling stock to meet a very full timetable.  Operationally, station and train staff, crossing monitors, signalling staff, catering, retail and everyone else ensured that we put on a truly first-class show.

“All of this was done by volunteers and it was a fitting tribute to those early volunteers who, back in 1981, took occupation of a derelict Toddington station site and a 15-mile stretch of vacant trackbed, starting the long task of restoring the railway that we love and enjoy today.”

Comments Janet Gough: “The event also provided a much-needed shot in the post-Covid financial arm of the railway at the end of a very difficult couple of years.  Coupled with the fast-selling Santa Specials, it will help us through the winter before we resume services in March.”

Janet Gough adds: “During recent weeks we have seen some of our best days in terms of ticket sales.  Not only is this good for the railway but for the Cotswolds too.  I’m glad that we are able to play a part in the region’s economic recovery.”

LNER to run special Christmas train from London to Harrogate