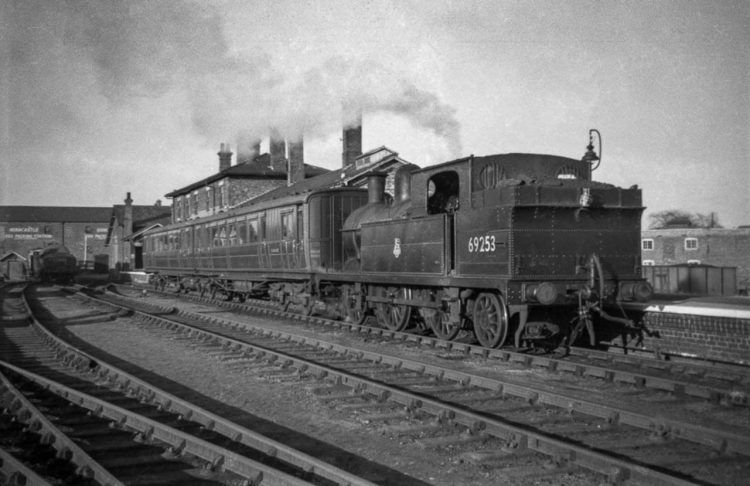 Both real and virtual exhibitions tell the story of how the people of Horncastle built a railway to the town and how it changed life for the backwater town, it also tells of the fight to keep it open.

The exhibition is called “End of the Line” and is online to view,  and has been honoured with the prestigious annual Flora Murray Award by The Society for Lincolnshire History and Archaeology.

The special award is named in memory of Flora Murray OBE (1913 – 2009) each year and recognises the endeavours and achievements of local groups and individuals in the area of Lincolnshire history and archaeology.

“This is welcome recognition for all the hard work put in by so many people in Horncastle to tell the story of the town’s railway, which was in danger of being overlooked 50 years after the last goods train rolled out of town in 1971.

“We were pleasantly surprised by how many people came forward with relics of the line, drawings, photographs, tickets and memorabilia – as well as their memories of working and travelling on the line, which are now preserved for posterity and available to researchers to study. There’s certainly now no danger of the Horncastle Railway being forgotten!”

Attracting more than 2,000 people in its 6 week run the “End of the Line” show has seen people visit from far away and also has seen great success for the online exhibition which opened on the exact date as the closure (5th April 1971) and can still be enjoyed at:

The opening weekend took place on the weekend of the 14th & 15th of August and saw an exclusive display from private collections of relics which survived from the branch line along with a new model of Horncastle station built by Simon Stewart.

The exhibition also included incredible photographs of the line which have never been displayed before. These were taken by the late Lincolnshire railway heritage pioneer, William Woolhouse and have been upgraded by railway photographer David Enefer of the Lincolnshire Coast Light Railway Historic Vehicles Trust. The photographs strongly illustrate what Horncastle and Woodhall Spa lost after the trains ceased running.

Dr. Chris Extence who is a Lincolnshire historic railway ticket expert also permitted images of part of his collection from the earliest days of the branch to be included in the exhibition.

Works by artist Edgar Thomas Holding who was born in Horncastle are also displayed, the paintings feature local scenes and were originally displayed in carriages in a bid to encourage travel. These works were displayed alongside the original 1888 map of the proposed railway from Lincoln to the coast via Horncastle.

A free leaflet about walking the old line using the Spa Trail was also produced and gave further opportunity to encourage more people to get out and appreciate the lines remains.

The railway arrived at Horncastle in 1855 via a branch leaving the Great Northern Railway’s “Lincolnshire Loop” at Kirkstead Junction which would later be renamed Woodhall Junction, via Woodhall Spa. It remained an independent company operated by the Great Northern and paid good profits to shareholders until merging into the London & North Eastern Railway in 1923.

The line was closed to passengers in 1954, in spite of a long campaign by local people, the Horncastle Urban District Council, the local MP and the local paper, to try and keep the trains running. Goods trains continued to run until a contract to deliver agricultural fuel oils expired.