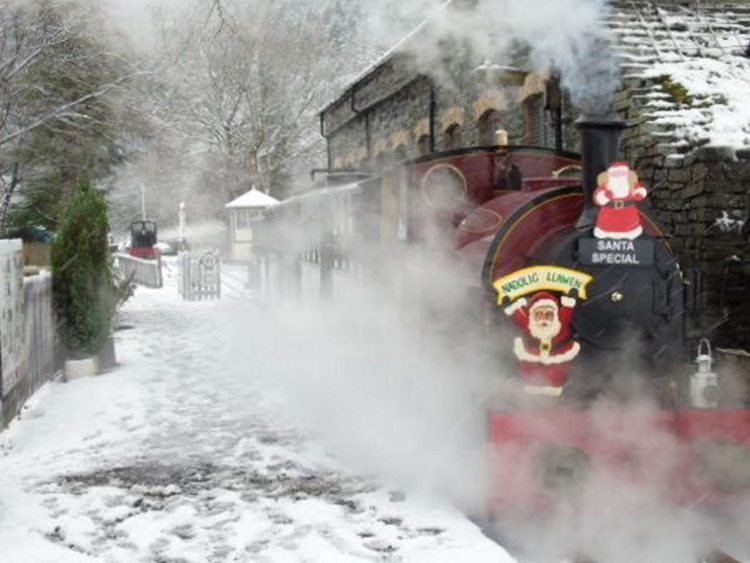 After a break in 2020 because of the pandemic, the Corris Railway will once again be running its annual weekend of Santa Special trains. This year trains will run on Saturday and Sunday, December 11th and 12th.

The journey will be along part of the beautiful Dulas Valley to Maespoeth Junction, which is the current southern terminus of the line and where the railway has its locomotive and carriage shed.

At Maespoeth Junction, Santa will meet the train and have presents for the children, who will also receive a soft drink and some sweets, whilst adults will be served mince pies and mulled juice.

On both days, the Railway’s museum and sales area at Corris station will be open between 11.00 and 16.00, giving a chance for passengers to purchase some railway-related items including the railway’s 2022 calendar and, if needed, last-minute Christmas cards.

Unlike previous years, the Santa Trains must be pre-booked online at http://www.corris.co.uk. Although trains on Sunday 12th are nearly full, seats remain on the Saturday services.

The Corris Railway is now a narrow-gauge preserved line but originally opened in 1859 as a horse tramway serving the area’s slate quarries. Unusually, the railway became part of British Railways when the UK’s railways were nationalised in 1948 but was closed in August the same year. A group of enthusiasts formed the Corris Preservation Society in 1966, then in 2002 passenger services resumed, initially diesel-hauled but they are now operated with steam locomotives. Eventually, the railway hopes to extend southwards towards Machynlleth.

Whilst in Corris, passengers will have the chance to visit the Corris Craft Centre or the Slaters Arms, which is just 100 metres from Corris station. The Corris Railway is hoping that its new steam locomotive, Falcon No. 10, will be in steam by...