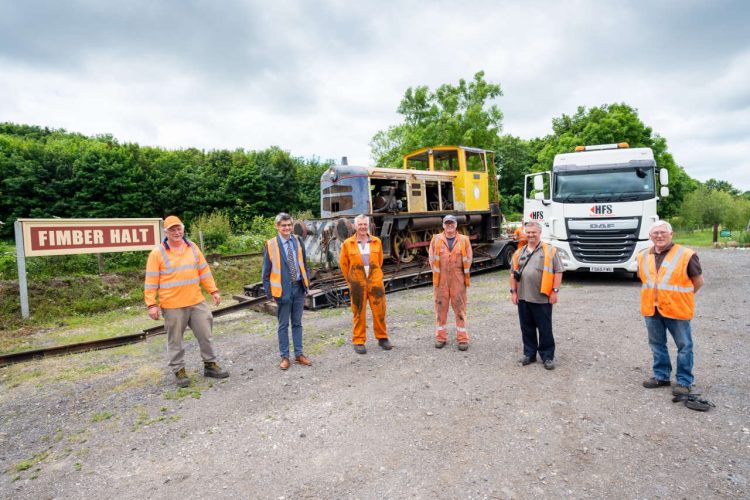 A new appeal has been launched by the Yorkshire Wolds Railway, based in Driffield, East Yorkshire, to restore a 0-6-0 Fowler Locomotive to its former glory.

Patricia, a Fowler 424 shunter locomotive, which is powered by a 6-cylinder Rolls Royce engine, arrived at the heritage railway earlier this year after 2.5 years of negotiations.

A new fundraising campaign has been launched, dubbed Fund The Fowler.

You can fund the fowler by visiting the Yorkshire Wolds Railway website here.

Phil Robson, Chairman told us “this is the largest locomotive the YWR has, and as such will have a large bill to bring it to life – but it will be totally worth it. It will give us the option to run two independent locomotives, or we could couple them together to create quite the spectacle. We have set the fundraising target for the mechanical aspect of the restoration at £6000 and we would welcome any donation – small or large – to help us reach this goal. We do hope that in the not too distant future, we will be able to move Patricia alongside our newly extended platform so visitors can see elements of the restoration up close.”

Member Graham Danby who spearheaded the operation said “Working closely with the donors from Hull, we had to ensure that everything was right with the site and documentation well before a wheel on the locomotive could move. It has been in its existing home for a number of years and the tracks leading to it needed a lot of clearance work to allow it to escape. We were very fortunate and grateful that South Cave Tractors where on hand to give us assistance. They brought a brand new road-rail Unimog which proved invaluable in us getting the locomotive out”

Andy Barwick explained, “the locomotive is not in poor shape, but does need work on all aspects of the mechanical side to get it to a serviceable position. For example, key components such as the air compressor and locating bracket need replacing and we actively seeking these out from our small bank of suppliers. The first priority though will be to ensure the cab is watertight once again by fitting new windows and seals all round”.