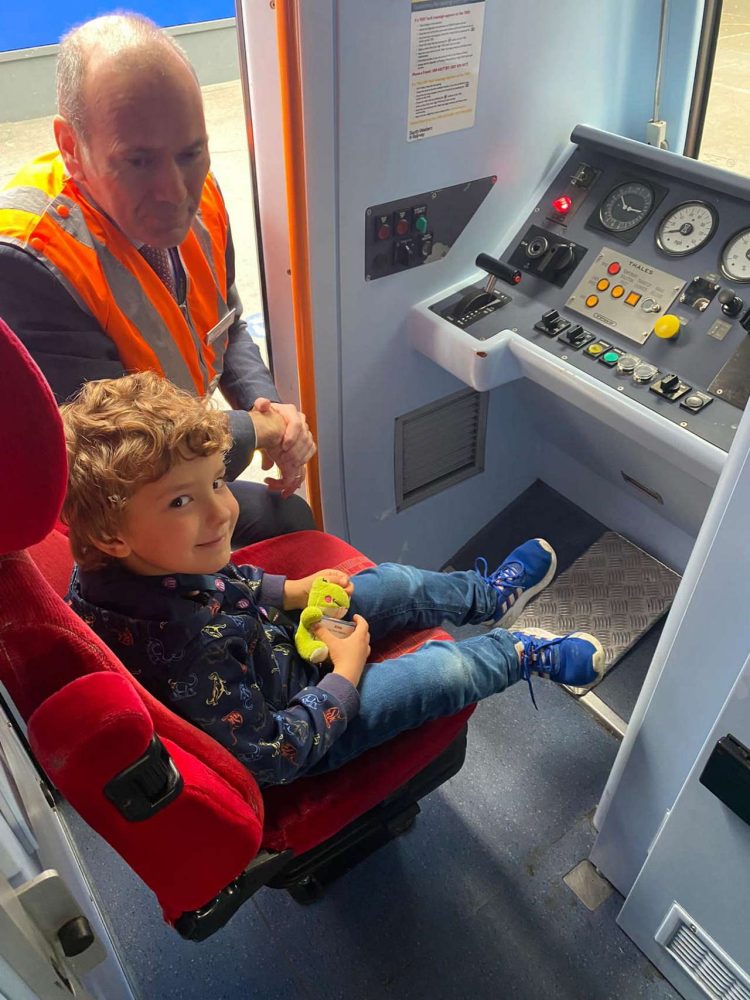 Lucky five-year-old Amtek Gorczyca placed a message on a Wish Tree at London Waterloo station over the summer which said “I want to be a train driver” and when station staff saw the message they raced into action alongside the team at South Western Railway (SWR).

Amteck who is from Finchley in north London got to visit the station and was made an honorary member of the team being given his own hi-vis vest, whistle and name badge to remember his special time at the station.

Amteck also enjoyed having a tour of the platforms, sitting in a driver’s cab where he was shown how trains work and even got to blow a train horn.

Cem Davis, station manager at London Waterloo who organised the visit, said: “It was brilliant to be able to make Amtek’s wish come true from the many hundreds of wishes that were written on the tree. His visit was particularly timely as this week we’re working with our train partners to focus on how to make the experience even better for our passengers.

“He had so much fun during the visit, and who knows, this might inspire him to pursue a career on the railway.”

Chico Coulibaly, Waterloo regional manager for South Western Railway, said: “It was great to work together with our colleagues at Network Rail to bring a piece of magic to Waterloo and make Amtek’s dream come true. I look forward to one day seeing Amtek driving trains in and out of this busy station.”

Amtek said: “I had so much fun and I learned a lot about the railway. My favourite bit was when I sat in the cab and got to press the train horn. I want to thank Network Rail and South Western Railway for making my wish come true.”