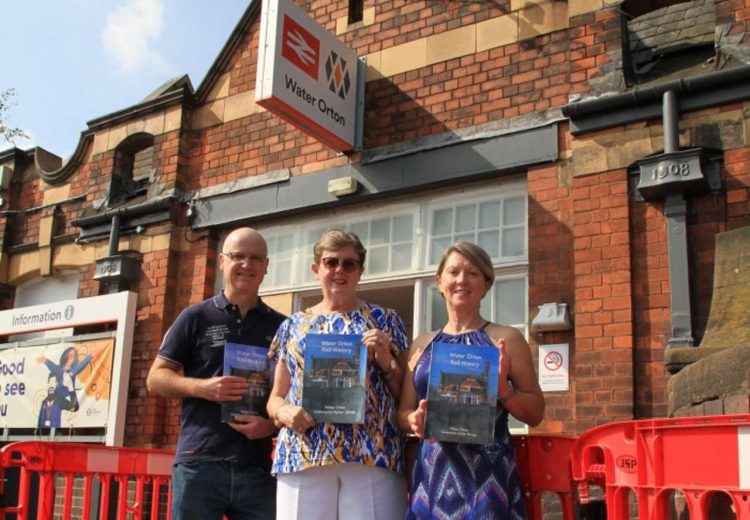 The history of Water Orton railway station is revealed in a brand new book published using a community grant from West Midlands Railway.

The title of the book is ‘Water Orton Rail History’ which sets down the heritage of the station and surrounding rail network which are located in Warwickshire.

First opened in 1842 and still a focal point for the local community, there is no doubt that the station has seen many fascinating changes throughout its years of service.

The book has been put together by a group of volunteers who live in the village and has been funded by a grant from West Midlands Railways (WMR) “Your Community, Your Fund” scheme which itself is funded by the Department for Transport.

Under the scheme WMR and their sister company, London Northwestern Railway will see £1.7 million invested into many community projects throughout the network in the upcoming months.

The book is available on Kindle via Amazon

Patrick Fleming, who wrote the book and is a member of Water Orton Community Action, said: “There are huge developments in the rail infrastructure under way at the moment and it is unclear exactly what impact this will have on Water Orton station. This is why we felt it was so important that we document its history and importance to the community now.

“There is a strong desire to capture the heritage of the railway in Water Orton and how this has influenced the development of the village. It is of great importance to the community at this time. Whatever the future holds, we want this book to be a permanent record to preserve its history.

“We are grateful to West Midlands Railway for the funding that has allowed us to put this book together. It will be an invaluable resource to future generations to learn about the station and its rich heritage.”

Fay Easton, WMR head of community and stakeholder, said: “Our stations have a wealth of history and it’s fantastic this is being recorded and documented so thoroughly.

“Stations are at the heart of a town or village and they play a huge role in the community. It’s important that this is not forgotten. We can’t wait to read the stories of those who have been involved with Water Orton station over the years.” The naming follows a public consultation which saw approximately 6,000 local residents give their thoughts on the names...