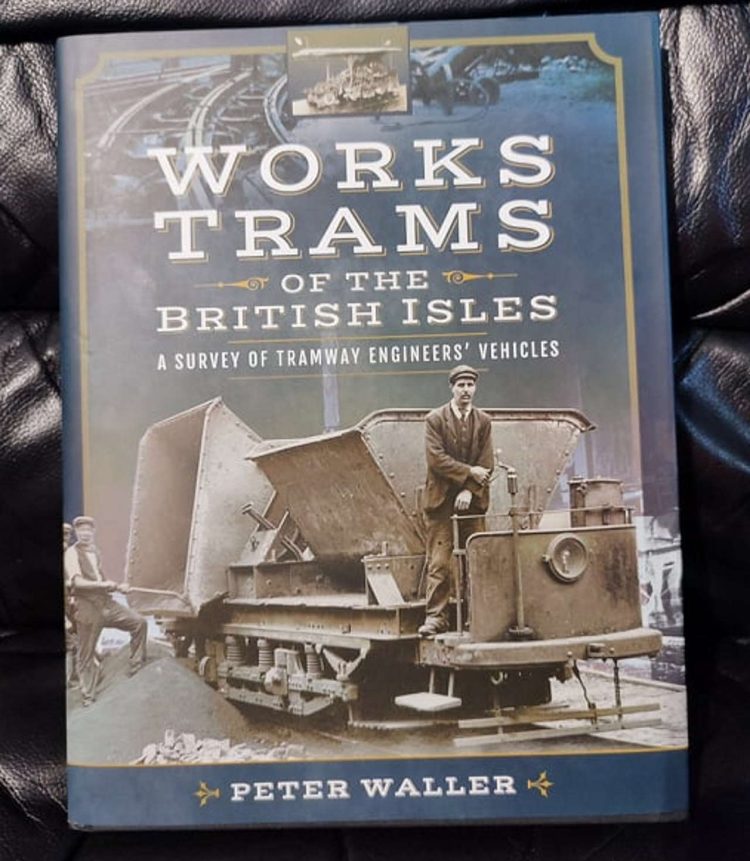 In our latest book review, we explore a book from publishers Pen and Sword – Works Trams of the British Isles, which has been written by Peter Waller.

Probably best described as a pictorial look at the works trams which served the first generation of tramways, the book is over 150 pages long and measures 29cm x 22cm.

The book is laid out in the popular pictures and detailed caption format and has hundreds of black and white pictures throughout.

The book is split into a number of sections, grouping the different type of vehicles together. The sections are titled:

As you can see from the names of the different sections, there were a wide variety of tramway vehicles in use across the tramway network, of which very few survive today.

The popular pictorial format of the book means, as always, you can dive in at any point and begin exploring the pictures, which often contain not just the vehicle itself but also a historical look at the surrounding area.

Of particular interest is a picture of a tram converted for use by broadcasters along with the different modifications made to vehicles for clearing snow.

Some of the vehicles featured in the book have made it into preservation, including a rail-based tower wagon, originally based in Leeds, and now part of the National Tramway Collection.

We have looked at trams before in our book reviews, but it is only when you come across this book do you realise how many vehicles were in existence for the maintenance of the tramways and it is great to look back in time.

The book is available to purchase from Amazon as well as from Pen and Sword. If you purchase through Pen and Sword as a RailAdvent Plus member, you will receive 25% off. Click here for more details.

We would like to thank Pen and Sword for providing us with a copy of the book for review.

Works Trams of the British Isles

This pictorial book takes a great look back at the often forgotten maintenance vehicles that were essential to keep the tramway network operational.