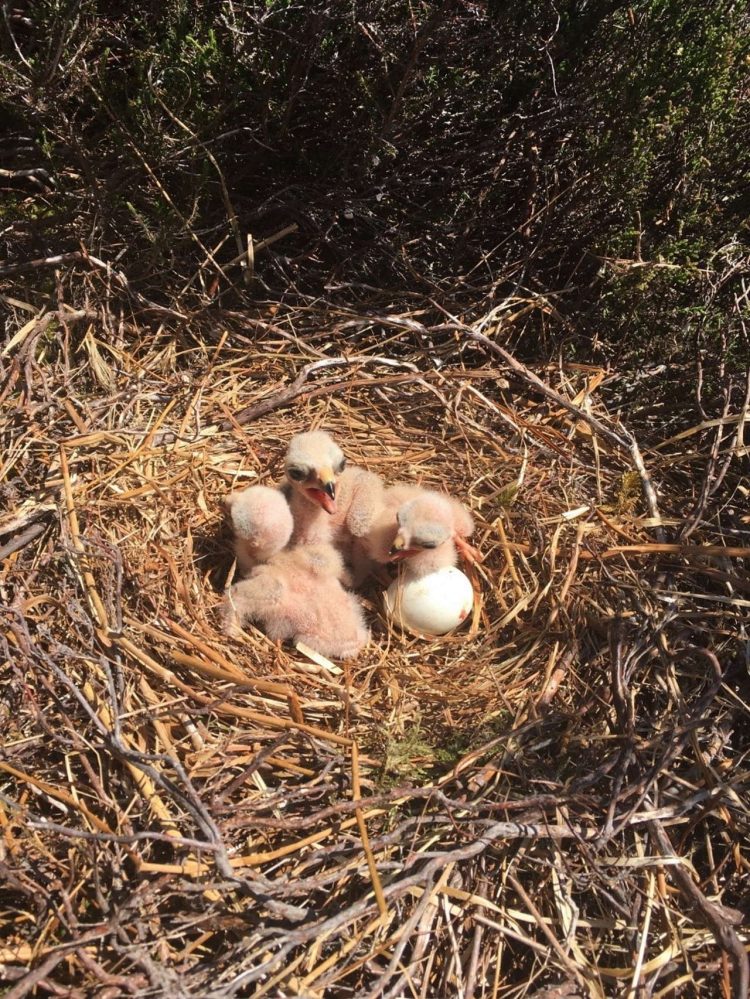 Network Rail has been commended for successfully completing tree and vegetation management work in the Highlands of Scotland while protecting nearby nesting hen harriers.

Urgent works to ensure the safe operation of the railway were needed between Rogart and Lairg in the county of Sutherland. The location of the work runs through the Strath Carnaig and Strath Fleet Site of Special Scientific Interest (SSSI) and Special Protection Area (SPA). Both are designated areas for supporting a population of breeding hen harriers which is of European importance.

The works coincided with the harriers’ breeding season. To alleviate any potential disturbance to breeding birds, Network Rail’s ecology team worked with the Highland Raptor Study Group to conduct surveys to identify hen harriers within the vicinity of the line.

Once breeding harriers had been identified, Network Rail put in place special working practices to minimise disturbance of the birds. These included establishing a ‘high-risk works area’ adjacent to the railway line that offered suitable nesting and foraging habitat, as well as areas where hen harrier activity was noted. Strict guidelines were implemented to prohibit work in the area around the nests until the end of the breeding season.

Noise disturbance was kept to a minimum by the use of battery-operated chainsaws and limiting the time spent working in any single area.

Immediately before works commenced on site, a further survey was undertaken to check that there were no nesting hen harriers and to confirm that the works were safe to proceed.

A camera was installed to monitor the nesting locations throughout the work and to check that there were no signs of disturbance.

Happily, three hen harrier chicks successfully fledged from nests adjacent to the work site, which is a real success story for these protected birds.

“However, to protect the safety of the railway and those who travel on it, we sometimes need to carry out work during bird nesting season, in protected areas, or, as in this case, both. It is then we seek the help of our ecologists and specialists to develop safe ways of working and best practice to minimise disruption and protect any species or habitats adjacent to the line.

“We are delighted the care, professionalism and collaboration demonstrated by everyone who contributed to this project has resulted in such a successful outcome for the birds.”

Brian Etheridge, from the Highland Raptor Study Group, said: “It was a pleasure to work with Network Rail this spring and summer carrying out ornithological surveys in the vicinity of the track between Rogart and Lairg.

“The priority was to look for breeding hen harriers, a scarce and threatened bird of prey for which this area has been designated as a Special Protection Area (SPA).

“Two nesting pairs were found, with one nest in close proximity of the track. Network Rail were quick to suspend all track-side scrub clearance in a bid to prevent any disturbance to the nesting pair.

“This resulted in three young harriers fledging successfully and is much to the credit of Network Rail and the company and staff should be proud of their contribution to safe-guarding this iconic species.”

Archaeologists working for HS2 have uncovered a vast Roman trading settlement at Blackgrounds near Banbury in Northamptonshire.