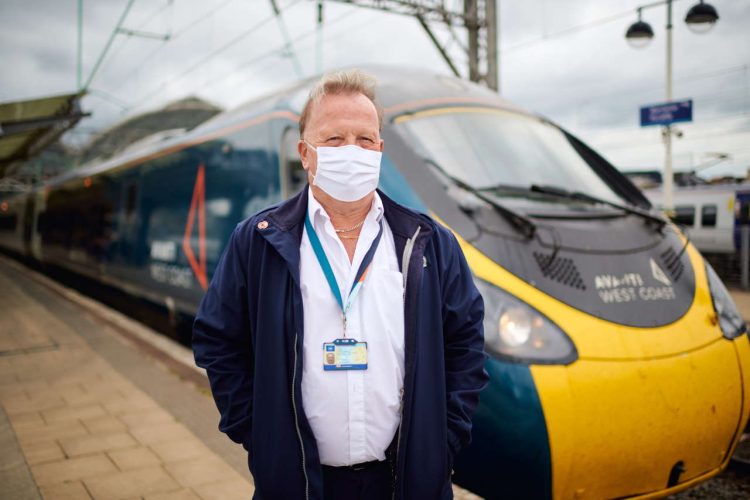 Steve, 66, has spent half a century working on the railway and made his last journey driving Pendolino 390157 from London Euston to Manchester Piccadilly where he has been based for the past 15 years.

To make his last journey extra special Steves’s wife and two daughters joined him for his final working day to and experience what he has done for the last five decades and the first time the family had made a train journey with their dad driving.

Dave Wright, Steve’s manager also joined the family for the final send-off from Euston station enjoying travelling as passengers on board the train heading to Manchester. It was the first time the family

On arriving at Manchester Piccadilly Steve received applause from his family when he stepped out of the cab for the very last time and before he was presented with an award for his impressive 50 years of service.

Joining the railway in 1971 and following in his father’s footsteps, Steve started working on the platforms at Manchester Oxford Road. In 1974 he moved onto the footplate (the driver platform for steam locomotives) and saw the beginning of his long career driving out of Manchester.

Railway memorabilia to be auctioned for charity

Speaking of his half-century on the railway, Steve said: “I have many happy memories of my time on the railway and have thoroughly enjoyed working with colleagues as part of the ‘Railway Family’.

“It meant a lot to share my last journey as a driver with my wife and two daughters, so they could experience the job I’ve loved doing – it has certainly been a memorable send-off for my retirement.”