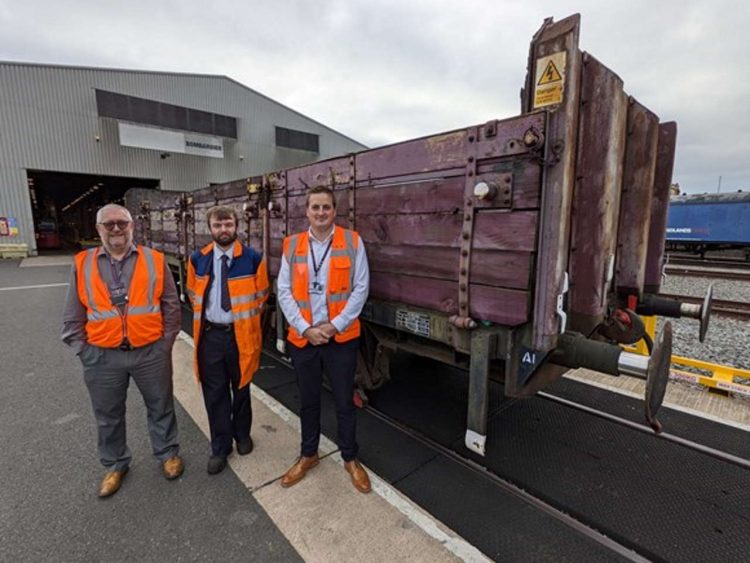 East Midlands Railway has auctioned off a retired 1970s goods wagon and have raised money for charity as well as finding a piece of railway history a brand new home.

The OBA Wagon was built in 1977 at Ashford Works and worked right through to the early 1990s carrying material such as scrap and general merchandise.

The winner of the auction was Kieran Fallows who is part of the National Wagon Preservation Group.

The Group has plans for the wagon to be part of an exhibition that will display wagons built since the establishment of British Rail in 1948.

The auction has also raised £700 of funding for the Railway Children Charity.

Kieran Fallows, Project: Railfreight Manager at the NWPG, said: “It’s fantastic to have secured this wagon and at the same time help raise money for such a vital charity.

“Wagons such as the OBA are an important part of our railway heritage. Typically wagons have a shorter lifespan than locomotives and passenger stock and are often scrapped en masse. The NWPG are looking to turn this around, not only preserving these historically important pieces of rolling stock, but by also creating detailed histories of the wagons we preserve.

“This vehicle will be part of our Project: Railfreight initiative, which aims to recreate the sight of a typical 1980’s Railfreight service as operated by British Rail under its Speedlink operations.

“I was delighted when EMR allowed us to bid on the wagon and I’m looking forward to displaying it for others to enjoy.”

Auctioning off the wagon was a good opportunity to raise money for a great charity while also securing a piece of railway history for others to enjoy. We are delighted that the NWPG won the item and that another piece of rail history has been saved from the scrapyard.” East Midlands Railway has confirmed that its Summer Special services will return starting on Saturday the 23rd of...