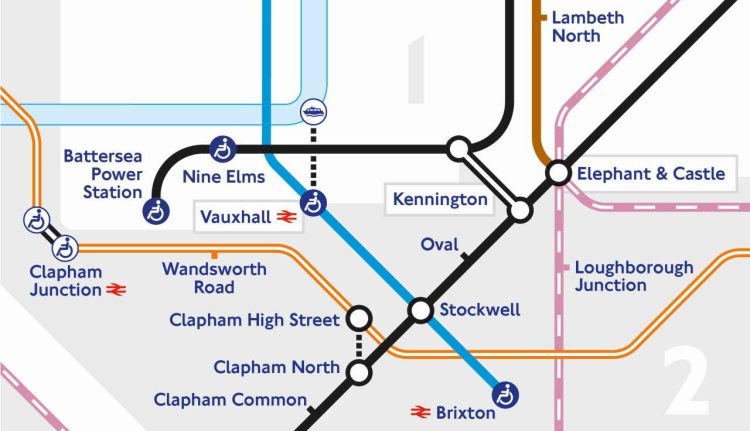 From Monday 20th of September, Transport for London (TfL) will begin operating trains to two brand new stations on the Northern Line.

With just days until opening to the public for the first time, Nine Elms and Battersea Power Station have been formed as part of a £1.1 billion program, the first large scale extension work to the Tube in this century.

Thousands of residents and commuters are now within a reasonable time of central London and other areas connected via the Tube. Supporting the economy in the long-term, a number of jobs have been created in the construction of the 3km of twin-track tunnels and both stations.

The extension has been delivered with the final spending said to be £160m under budget.

Providing step-free access for users, along with 86 other Tube stations, both Nine Elms and Battersea Power Station will see trains start at 5.28 am each morning. A reduced timetable will be in operation for the remainder of 2021, with six trains an hour in peak times, and five trains in off-peak times.

London Underground Area Manager Carl Painter, responsible for the two new stations, said: “There is a palpable air of excitement behind the doors in both of our state-of-the-art new stations as around 100 staff get ready to welcome customers from Monday. London Underground stations have a long history of helping to define a neighbourhood’s identity, in gluing communities together and providing a highly visible landmark that helps visitors to navigate. We look forward to welcoming customers to the newest additions to the Tube network next week.”

Customer Services Supervisor at London Underground, Priscilla Smartt, working at the new Battersea station, said: “Working at a new Tube station from the day it opens is a once-in-a-generation opportunity. I can’t wait to welcome customers through the doors and see the excitement on their faces as they discover our new stations for the first time.”