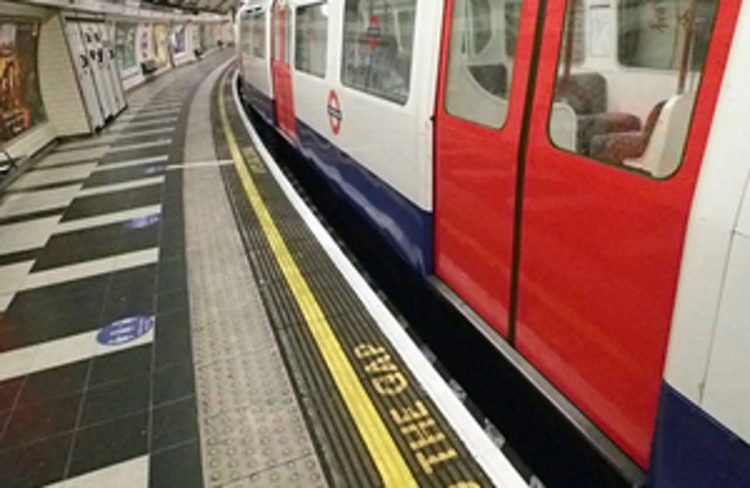 The Rail Accident Investigation Branch has released its report on a fatal accident at London Waterloo underground station.

On Wednesday the 26th of May 2020, at approximately 10:10 am, a passenger fell between the gap between the northbound Bakerloo line platform, and the train from which they had just disembarked from.

The track curvature meant that a large gap existed between the train and platform where the passenger fell.

The passenger could not free themselves from the gap and as the train departed, was crushed, remaining motionless on the track, they were then struck by a second train as it entered the station.

At the time of the accident, no staff or members of the public were nearby to help the fallen passenger.

Train despatch on the Bakerloo line platforms at Waterloo was carried out by the driver using a CCTV system that views the side of the train against the platform.

As the passengers head and arm were only above the platform level, they were difficult to see on the despatch monitors and therefore not seen by the driver.

The driver of the second train was unaware of the passenger as they were focused on the platform and the train’s stopping point by which time the train had hit the passenger.

The investigation into the incident has found that London Underground’s risk assessment procedures did not give the identification and detailed assessment of all elements that give rise to higher platform-train interface (PTI) risk on specific platforms.

As a consequence and even though London Underground had carried out some location-specific mitigation measures at the PTI, it had not been able to fully assess the issues of curved platforms to the overall PTI risk and therefore could not fully evaluate the possible benefits of additional mitigation at these sites.

Investigation findings also revealed that the model used by London Underground to measure system risk made no allowance for non-fatal injuries therefore understating the risk of harm to passengers at the PTI and providing an incomplete view of system risk with the potential to impact London Undergrounds safety decision making.

The Rail Accident Investigation Branch (RAIB) has given three recommendations to London Underground. Firstly the need to recognise and assess location-specific risks to enable proper management. Secondly the need to ensure that safety management processes also feature the ongoing evaluation of existing safety measures at stations along with periodic risk assessment for specific locations at regular intervals which reveal the level of risk present. Thirdly, the need for effective delivery of actions as put forward by internal investigation recommendations.