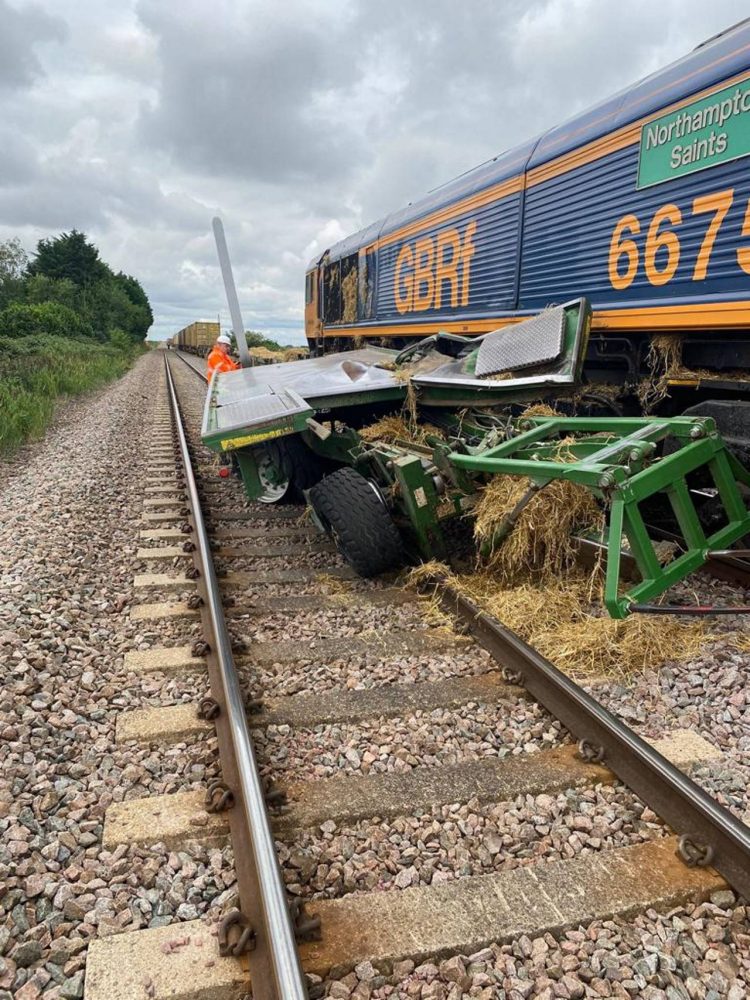 The Rail Accident Investigation Branch has announced that it has launched a full investigation into a crash between a freight train and a tractor and trailer at a user worked level crossing in Cambridgeshire.

At 09:01 on the 19th August 2021, a freight train, hauled by a Class 66 locomotive consisting of 26 container wagons, struck a farm trailer at Kisby user-worked level crossing, which is near March in Cambridgeshire.

The driver of the freight train applied the emergency brake 6 seconds before the collision, but upon impact, the train was still doing around 58 mph when it struck the trailer.

Upon colliding with the tractor and trailer, the train pulled the trailer, which had detached from the tractor, and dragged it along. The leading axle of the locomotive and an empty wagon derailed during the collision, and the train ran for around 780 metres before coming to a stop.

Thankfully, no serious injuries were sustained, though both the train and tractor drivers suffered from shock following the accident, with the train driver receiving treatment for minor injuries.

Extensive damage was caused to track equipment, and the locomotive involved in the accident, with train services being disrupted for four days whilst recovery and repairs were made.

The user-worked crossing as Kilsby is fitted with a telephone and user-operated powered gates, whilst these gates are not interlocked with the railway’s signalling system, users are directed to use the telephones to obtain permission from the signaller before opening the gates and crossing the railway.

However, the RAIB has said that it has not been able to find any evidence that a request to cross the track was made by the tractor driver.

The RAIB’s investigation will look into the actions of the tractor driver and will examine how the risks of using a level crossing like this are being mitigated by Network Rail.