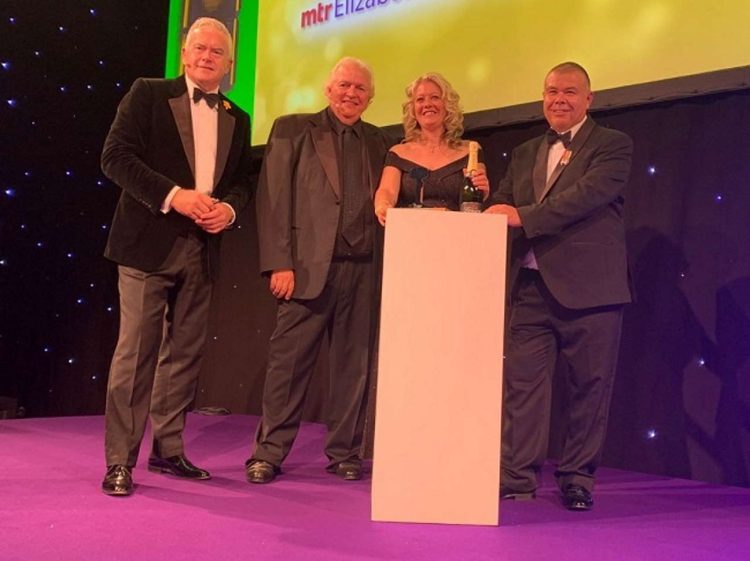 ScotRail has been celebrating after winning awards at the annual National Rail Awards.

The National Rail Awards are held each year and celebrate achievements and excellence across all aspects of the railway, from those on the front line to the amazing accomplishments made in the massive projects within the industry.

This year’s ceremony recognised the endeavours of the industry throughout the Covid-19 pandemic as one of the most arduous times in railway history.

Many people were part of the design, planning and creation of the new modern station at Glasgow Queen street including those involved in artists’ drawings right through to the £120 million contemporary building that stands proud today.

Awards were also given to those making a real difference, with one going to Glasgow Queen Street station General Manager, Margaret Hoey.

Maggie, as she is known at work, was completely open to supporting a collaborative approach needed to see through the huge project to its completion.

Maggie has been a massively enthusiastic advocate for the project in spite of the huge demands on her time, managing around 50,000 passengers each day through the three years of disruption at one of Scotland’s busiest stations.

Maggie kept herself available both day and night in case any problems arose or at times when meetings or discussions needed to happen at short notice to talk through possible issues, working and collaborating with others to create a solution.

Winning the Outstanding Personal Contribution award, Maggie has been recognised as a huge part and a team player for the project that required a joint effort from concept to completion. The award was presented by rail enthusiast Professor Jonathan Van-Tam MBE, Deputy Chief Medical Officer for England.

Margaret Hoey, Queen Street station General Manager, said: “This has been an amazing night and I am so honoured to have won this prestigious award.

“Although it has my name on it, the award is a recognition of the tremendous dedication and team-work of everyone involved in the massive project to transform Glasgow Queen Street station.

“It’s been three years in the making, but when I stand and look at the end result, it’s been worth every single day of disruption and I feel really proud to have been a part of it all.”

“It’s been a display of team-work from start to finish, but Maggie has gone above and beyond on many occasions in the three years that it’s taken to turn Glasgow Queen Street into a world class station.

“Maggie has dedicated her working life to the railway and no-one deserves this accolade more.

“She will continue to play an important role as Scotland’s Railway develops our strategy to make us fit for the future with a railway that our customers deserve.”