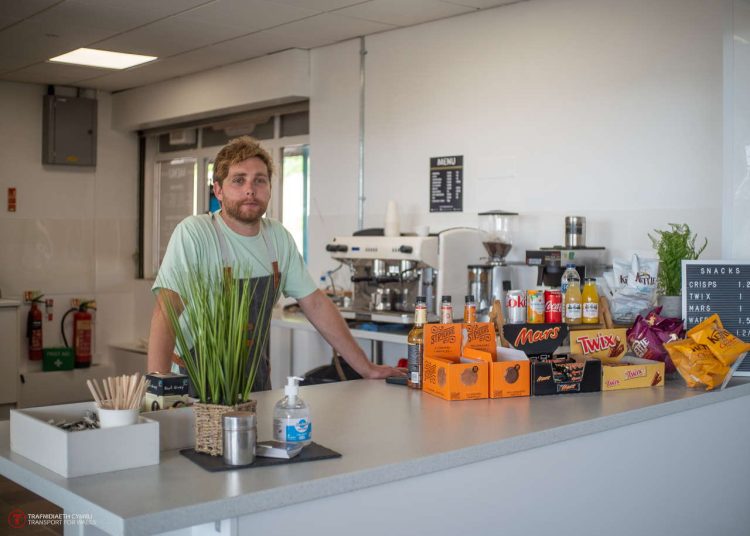 Transport for Wales has set about a project to revive underused or disused spaces in stations and create provisions for social and commercial usage.

A major building on Barry railway station’s platform 1 was identified as having great potential for this project, and has since been renovated into a fantastic cafe space with a brand new kitchen.

Handlebar Barista is a Cardiff-based independent mobile coffee company that has been making outstanding coffee since 2015 and has now taken up their first permanent premises in the cafe space on Barry station.

The company also has exciting plans to utilise the space within the cafe not just for passengers and visitors but also as a great location for the local community as it is perfectly positioned for bringing people together.

The innovative coffee company have been working alongside railway stations since first setting up using a vintage tricycle which was lovingly renovated to serve Barista made coffees from, positioning themselves outside Cardiff Central Station.

The company will also be serving cold drinks, snacks and fresh bakes every morning which will no doubt be a welcome facility for rail passengers and visitors at Barry station, and will be a welcome change allowing commuters, visitors and residents to get behind and support a local business.

Handlebar Barista has also transformed a ticket booth at Taff’s well station which will now be a serving hatch, and is hoped to be opening later this year.

Chris Garrett, owner of Handlebar Barista, explains: “It’s taken a while because of the pandemic but we’re pleased to finally be in. We’ve got a serving hatch to serve people from outside the station and a nice area inside.

“We’re going to be doing coffee, cold drinks, snacks and fresh bakes in the morning.

“It’s our first permanent location and it’s nice not to have to peddle around! It’s nice to have a place we can all our own and get creative with.

“We want to get the community involved and maybe get some local artists to show their work in the café.

Chris also would recommend working with Transport for Wales for other local businesses on projects like Barry station:

“Hopefully numbers will start to go back up to pre-pandemic levels and it’s important we are here to make the most of it.”

“Transport for Wales have done loads of work and turned it into a really nice space for us,” “It feels like a long time since we started this project but TfW have always been really accommodating.

“Too often you see large chains taking up the spaces in stations but it’s great that TfW have been keen to work with businesses like ours from the start.”

James Timber, Social Commercial Development Manager at TfW, commented: “We’re delighted to have the Handlebar Barista team in Barry station serving the local community and are really looking forward to seeing how they develop the space.

“This is part of our wider social and commercial development plan which will see buildings at stations across Wales transformed for the benefit of the local community.

“Investing in bringing disused spaces at stations back to community or commercial use is a key part of our strategy because we know stations are more than just somewhere you get on a train, they are community hubs.”

From 22nd to Sunday 30th October there will be no train services on the Ebbw Vale line whilst...