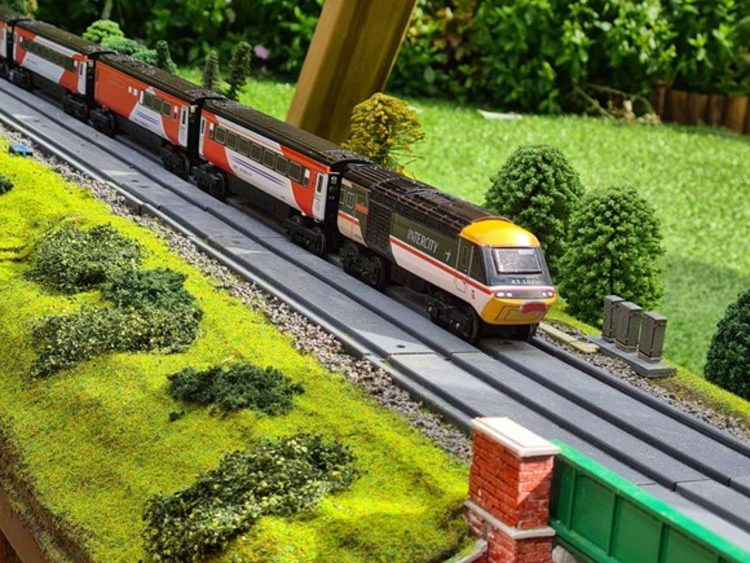 East Midlands Railway has announced that a silent auction to win a one-of-a-kind HST model has raised more than £600 for The National Autistic Charity.

The rail operator teamed up with Mike Gray from Graystone Group Ltd to offer a unique Brio replica model of the last HST that ran from London St Pancras.

The model was handmade by Mike and his son, and came with a replica headboard and presentation box. It is also fully compatible with Brio track.

Debbie Halford from Long Eaton won the model with a bid of £650. It was purchased as a gift for a lifelong friend – a HST fan and railwayman.

Mike Gray said creating the project was a way to help his autistic son adjust to not being able to see trains in real life during the pandemic.

He said: “We used to watch trains from the bridge on the way to nursery each morning but the pandemic hit and we couldn’t go out. At that point we didn’t know my son was autistic, so when he became very distressed by not being able to go and see the trains, I started making models of the ones he used to see on the bridge to run on his Brio track.

“Making the models became a fun way to get through the pandemic and helped both of us cope, I learnt new skills and we enjoyed playing together.

“I decided to do the HST project because it was the most interesting subject to build for me. I have always been a huge rail enthusiast and big HST fan since I was four years old.

“I wanted my son to experience the thrill of the HST’s too, so we watched a lot of YouTube to get the models right, as well as see the real trains and hear the sound. It took eight months of development to get the 3D CAD model right, then another two months for graphics. It took more than 1000 hours of work in total.

“Now the pandemic is receding, we can travel more and have been able to get out to see the real railway. Lets just say my son is totally hooked.”

Neil Bamford, Fleet Director at East Midlands Railway, said: “We are delighted to hear the HST Brio model will be treasured by a true rail enthusiast, and would like to thank Debbie for her extremely generous donation, as well as everyone else who placed a bid.

“Also, a big thank you to Mike and his son, who kindly spent so many hours to make this wonderful model. You really did it justice.”

Network Rail teams up with the Scottish Football Association to run football camps in a bid to keep...