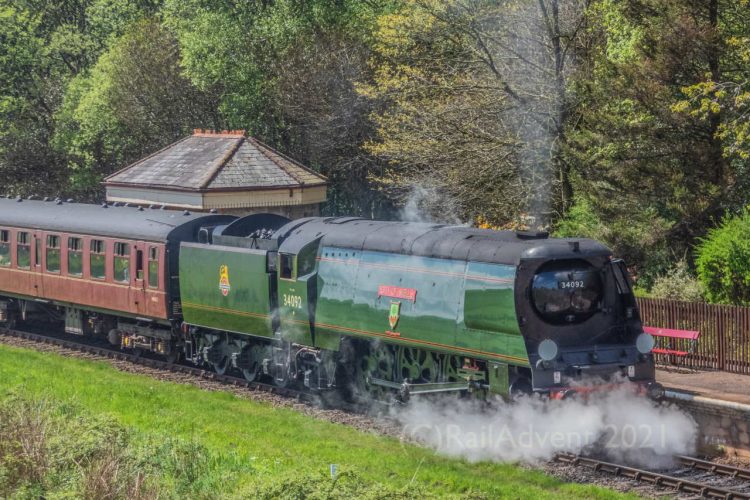 The Mid Hants Railway, also known as The Watercress Line, has announced that 34092 City of Wells will be visiting them for their Autumn Steam Gala in 2021.

The gala will be taking place from the 1st until the 3rd October 2021.

An intensive timetable will operate throughout the weekend, meaning plenty of time to ride behind the so-called ‘Volcano’.

34092 City of Wells will be visiting the Mid Hants Railway thanks to its owners, the East Lancashire Railway.

Tickets have already been released for the gala, which will have an S&D theme to welcome the Somerset & Dorset Railway Trust to the MHR.

Tickets for the gala can be booked via the Mid Hants Railway website.

34092 City of Wells will be joined by another visitor, said to have been used on heavy passenger and goods trains, which is due to be announced soon.

City of Wells was built in Brighton in 1964 and was operated by the Southern Region of British Railways. It is an un-rebuilt class of Bulleid Pacific and has been to a variety of different railways in preservation, including the Swanage Railway.

Once a resident at the Keighley and Worth Valley Railway, the East Lancashire Railway launched an appeal in 2017 to purchase the locomotive, which was successful, and has been at the ELR ever since.

34092 City of Wells products in the RailAdvent store The Great Central Railway has announced running days where visitors can ride behind Peppercorn A1 Class No.60163 "Tornado".