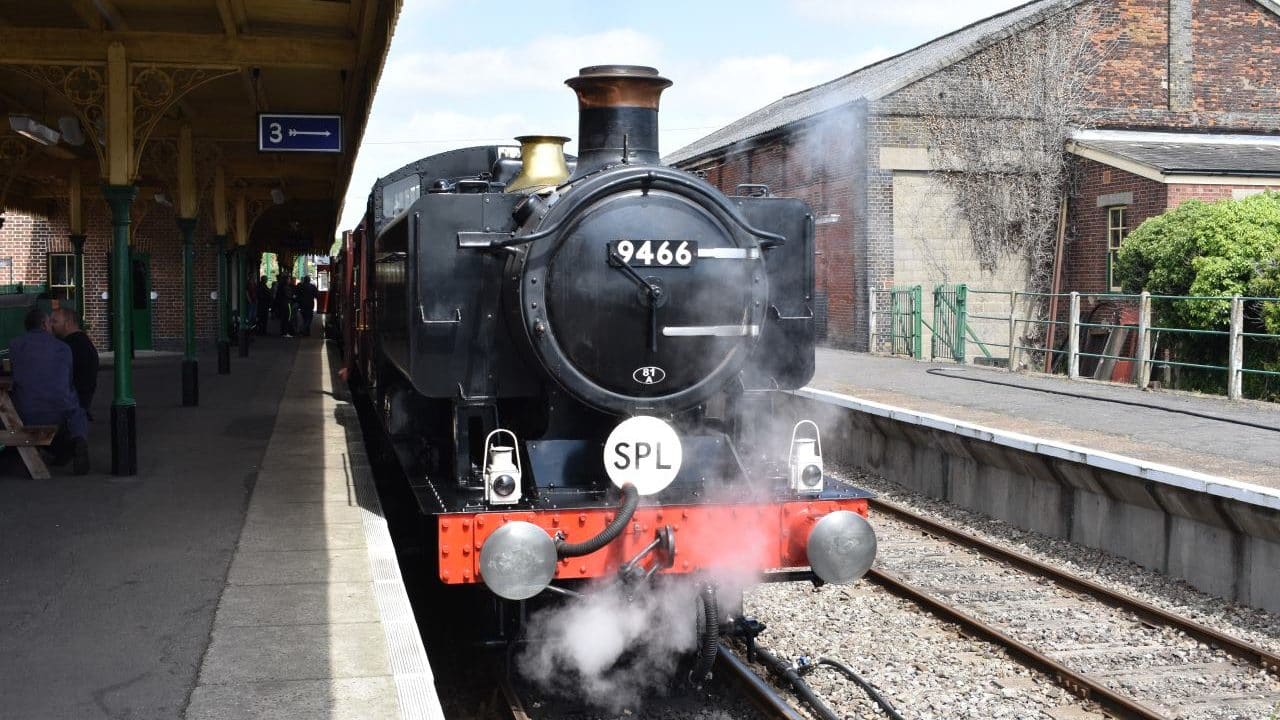 The Severn Valley Railway has announced that Ex-BR 94XX Pannier No. 9466 will be visiting them for their upcoming Autumn Steam Gala, set to take place from the 16th to the 19th of September.

Coming just a few days after the announcement that the railway is returning to standard flexible tickets, replacing the original excursion tickets that have operated since the railway reopened in August 2020 after the first coronavirus lockdown. The locomotive will join already announced visitor, 6233 Duchess of Sutherland at the gala.

Built in 1951, 9466 was built to one of the last Hawksworth designs produced by GWR, although by then, GWR had already become BR Western Region.

“We’re really pleased to have 9466 joining us in September,” said Helen Smith, the SVR’s general manager. “There are only two of its type in preservation, and this one is a regular out on the main line, hauling railtours. As well as making solo trips, it will be double-heading with our own pannier tank engine GWR 1501 and we know it’s going to be a big draw for Gala visitors.

“The fact that we’ve been able to switch to flexible day rover tickets for the Autumn Steam Gala is great news for our visitors, and we were delighted to announce the change earlier this week. To facilitate social distancing, we’ll still put a cap on the number of tickets we sell, and we strongly advise people to pre-book.”

Tickets for the Autumn Steam Gala can be booked via the Severn Valley Railway website.

Full steam ahead for Scarborough steam train this Thursday

Steam locomotive 9466 off to the Ecclesbourne Valley Railway

The Ecclesbourne Valley Railway has announced that Ex-GWR Pannier tank No. 9466 will be visiting them in 2020.

Steam locomotive 9466 cleaned ahead of departure from Toddington