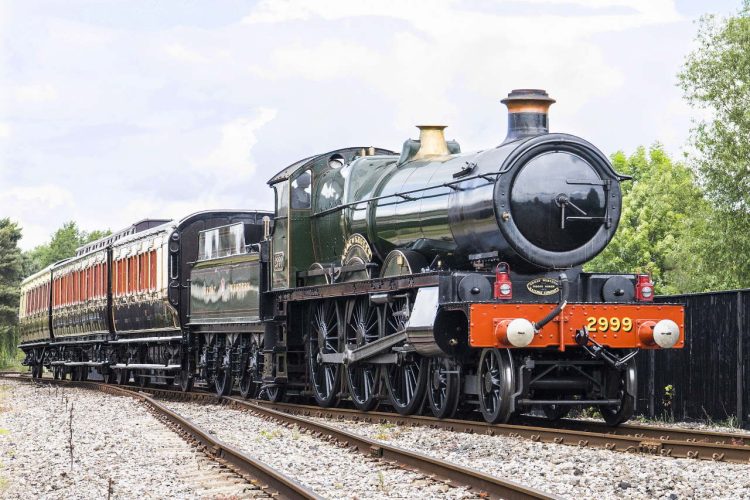 The North Yorkshire Moors Railway has announced that GWR Saint No. 2999 Lady of Legend will join their Annual Steam Gala celebrations.

Taking place from Thursday 23rd until Sunday 26th September, the event will see an intensive timetable in operation with all available locomotives in steam.

2999 Lady of Legend joins already announced visitors LNER A1 No. 60163 Tornado, courtesy of The A1 Steam Locomotive Trust, and LMS 8F No. 48305, courtesy of the Great Central Railway.

While timetables are being confirmed, tickets can already be booked via the North Yorkshire Moors Railway website.

2999 Lady of Legend visits courtesy of its owners, the Great Western Society and the Didcot Railway Centre.

Severn Valley Railway Spring Steam Up Will Go Ahead As Planned

History of 2999 Lady of Legend

A prototype Saint was built in 1902 and was used for stopping and express passenger services on the Great Western. They made the basis for the Hall class when 2925 St Martin was rebuilt in 1924. They lasted until 1951 when the class were withdrawn. Fast forward to the 21st Century – the Didcot Railway Centre started the new-build locomotive in 2009, and the completed 2999 steamed in passenger service in 2019.

Steam locomotive to pass through Skipton this Sunday The Didcot Railway Centre has announced that GWR Saint No. 2999 Lady of Legend has won a highly...