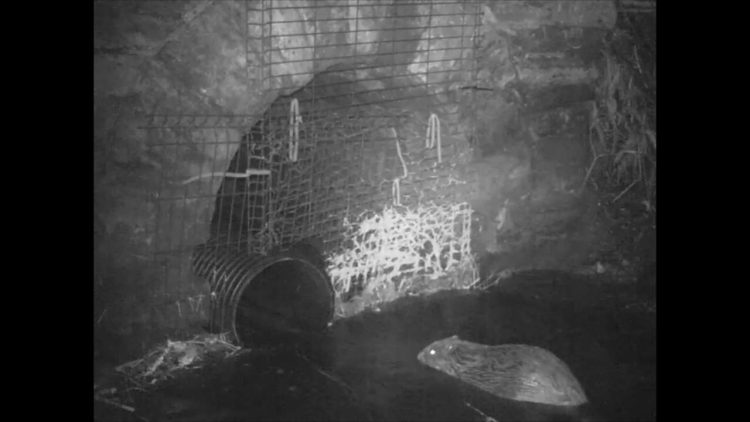 Network Rail has reported that a project to construct Scotland’s first ‘beaver pass’ underneath the Highland Mainland has been completed.

Near Perth, the Tay catchment has seen a growing population of Eurasian beavers, a protected species on the European Protected Species’ list, which although is brilliant to see, the beavers occasionally cause flooding issues.

Working with NatureScot, a nature agency specialising in the species, Network Rail had to devise a plan on how to solve the flooding issue within a Site of Special Scientific Interest (SSSI), which restricted the activities which Network Rail could undertake.

The decision was made to build the damn by hand, involving pumping water to reduce the levels, and fitting a pipe, with a diameter of 45mm, to allow the beavers and other animals, to pass under the bridge. A wire mesh has been fitted over the remaining area of the culvert. All work was carried following the various laws and regulations imposed and will have the smallest impact on the area and its wildlife.

James Morrison, ecologist, with Network Rail Scotland, commented: “To a beaver, a culvert probably looks like a hole in a dam – the barriers they build to restrict the flow of water – so they are very popular damming spots.

“The action we took near Gleneagles is the first beaver pass installed in the country that we are aware of. It is a repeatable solution which works to protect Scotland’s Railway as well as safeguarding the beaver populations and other wildlife.

“The beavers will naturally expand across Scotland and as they do it is possible they could occasionally impact Network Rail’s infrastructure through felling trees on to the line, flooding caused by their dams or burrowing into railway embankments. However, they are an important keystone species and we need a proactive approach and sensitive solutions that allow us to co-exist.”

NatureScot advised Network Rail throughout the process. Dr. Roo Campbell, a member of NatureScot’s Beaver Mitigation Team, said: “Beavers are an important component of a healthy ecosystem whose presence usually brings a host of benefits, including creating ponds and wetlands where other species thrive, alleviating downstream flooding, and improving water quality.

“But occasionally they can cause issues. Our team advise on and provide mitigation against beaver issues across Tayside, but this situation is definitely one of the most challenging we’ve faced.

“We are pleased that Network Rail have been so proactive in working to live with the beavers at the site. NatureScot will continue to monitor the effect the beavers have on the SSSI.”

Steam locomotive to pass through Ribblehead this Tuesday