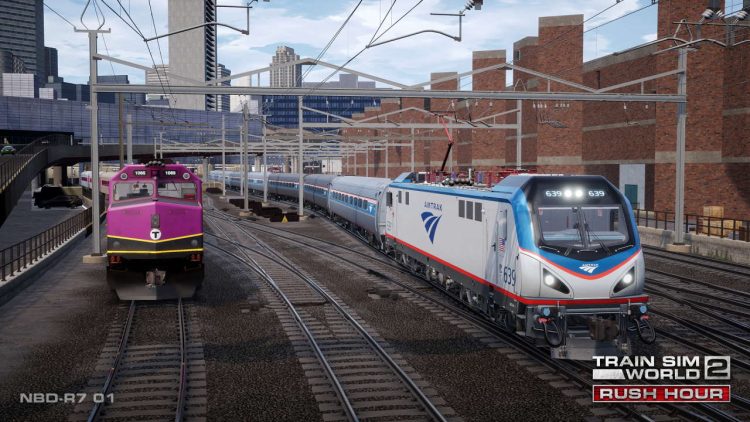 Xbox Game Pass is a video game subscription from Microsoft that enables a gamer to enjoy unlimited access to a library of games for a monthly fee and, with Train Sim World 2’s introduction, it could see the game enjoyed by a whole new audience.

To celebrate the excitement of getting on board with Xbox Game Pass, Dovetail Games have also released a brand new major update which is available for the main game, native Xbox Series X / S versions, and also, the update also includes a new Add-On with Rush Hour – Boston Sprinter.

Train Sim World 2 (TSW2) is a train simulation game that allows you to drive a variety of locomotives from long freight haulage across Sand Patch Grade which also features the Cumberland Terminal using the CSX AC4400CW or experience high speeds on the famous DB ICE 3M out of Köln. Another excellent route is the world-renowned London Underground on the Bakerloo Line.

The simulator is available with Xbox Game Pass on Xbox One, Xbox Series S and Xbox Series X. Also for those who already own the game on Xbox One you get the opportunity to upgrade for free to the Xbox Series X|S versions using Xbox Smart Delivery which means that the most up-to-date version of the game are automatically delivered to your console bringing the benefits of faster load times, improved frame rate, better textures etc that you would expect from a next-generation version.

Dovetail Games have also released an update for TSW2 which is free for anyone who has already purchased the game, including those using Game Pass. The update provides a more up-to-date game engine providing a new user interface, upgraded immersion controller scheme, gradient profile info, new camera view and many other extras. The update also features including fixes to older routes such as West Somerset Railway and Bakerloo Line. It is TSW2’s largest update to date.

Also newly released is one of the three routes on the Rush Hour Season ticket, which is the Boston Sprinter. This line will see the busiest and fastest passenger route in the US and will also include the famous Northeast Corridor between Boston and Providence. Locomotives include Amtrak’s ‘Cities Sprinter’ the ACS-64 and MBTA’s F40PH-3.