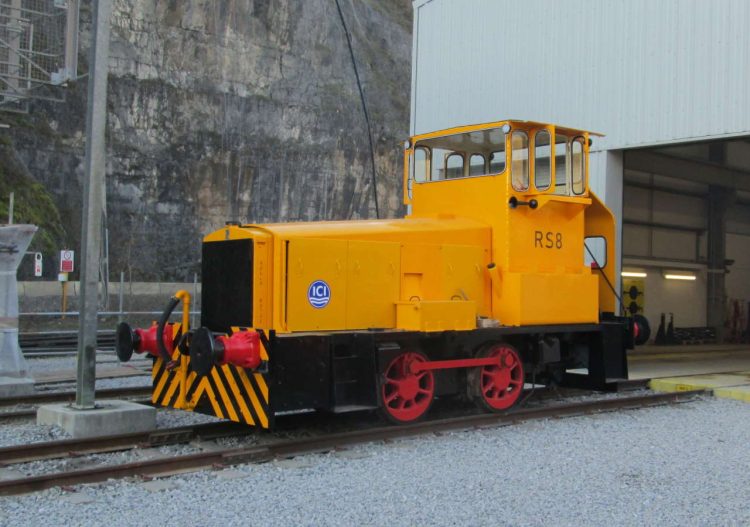 Unique shunter locomotive, RS8, is on display at this weekends Cromford Steam Rally, which is taking place near Matlock.

This is the first appearance in the public for the locomotive since a joint restoration was completed at Tarmac’s Tunstead Quarry.

When it was too small for quarry work, it was donated to the Erstwhile Group at Dinting, where it soon became known as the Clockwork Lemon.

When the Dinting Group were forced to move, they had to part ways with RS8 as it fell in tough times, becoming vandalised, windows smashed, brass and copper disappearing, and this left many thinking the loco was beyond repair.

In 2015, Pete Briddon decided to take action, and with help from wife Stephanie and son Andrew (who works for East Midlands Railway), they intervened with the locomotive.

Next up was an approach to Tarmac, who owns Tunstead Quarry, and a joint project to restore the loco to its former glory.

The locomotive was stripped at the Briddons Workshop at Darley Dale and was reassembled at the quarry in the same workshop it was built in.

The Cromford Steam Rally is taking place at Highacres Farm on the A615 today and tomorrow (31st July and 1st August) with proceeds going to charity.

The weekend features a variety of motorbikes, steam traction engines and models on display.