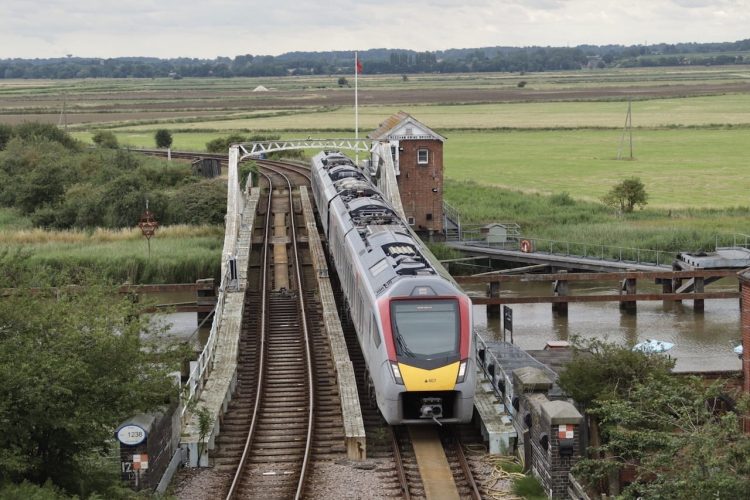 Staycations are back on trend this summer with many British holidaymakers choosing to travel to their destinations by train this year.

Research and tech company Thales has reported that 20% of British holidaymakers will be using railways to arrive at their holiday locations with 24% saying that they wish to fly less and travel by train more for holidays in an attempt to bring down their carbon footprint.

Brits are also showing that they are still concerned about the potential for health and hygiene issues when using public transport due to the pandemic and despite lockdown restrictions easing in the UK.

It is vital that train operators need to act in response to customer concerns and take robust action to maintain the drive towards rail. The research showed that out of 2,000 adults in the UK approximately 23% said that the Covid-19 Pandemic has made them tentative about using public transport over the next year. The biggest issue identified for train operators are high ticket prices with 38% saying this stopped them from using train travel regularly.

Further emerging trends identified in the research show that despite worries views of rail travel are changing with an increase in people seeing rail travel as a viable transport option especially as it has a role in reducing carbon emissions. 38% Of people saw that the use of public transport as a positive way to reduce travel-based emissions especially with vehicles powered with alternative energy sources such as electric cars. People recognise that transport is the UK’s worst carbon-emitting sector, but rail is only responsible for less than 2% of these overall emissions. It is recognised that it is essential to bring about a modal shift on the roads to push to net-zero emissions.

Despite the positive view and the many benefits of rail travel in the UK, it is felt that the number of passengers could be increased further if the industry can work towards tackling some of the publics misunderstandings based on the environmental impact of train travel.

Research suggests that 29% of people think that all trains still run on fossil fuels and 27% believe that the national rail network is powered by outdated technology such as steam, despite the significant innovative changes that have taken place throughout the years.

The initial increase in rail passengers due to staycationing is unlikely to last if UK train operators do not take action for the longer term. 27% stated that they would drive to work rather than use trains as they previously did due to the pandemic, there is also a knock-on effect from a new number of jobs that have flexible working weeks. For train operators, this means that a key focus will be providing more flexible ticketing options with a huge 59% of people saying that this would be vital for them if they were to commute by rail.

The change in commuting patterns has already meant a launch of national rail flexible season tickets by the government. This ticketing option was created to address the concerns faced by commuters giving them real motivation to leave their car at home. Just 36% of people asked felt that the new tickets did not give them a solution which provides crucial information that further work needs to be done to bring passengers back to train travel regularly. Remote working is likely to be an ongoing feature of life for some which is likely to impact rail journeys.

Moving forwards it is clear that technology will be playing a crucial part in building a more passenger focussed railway, giving improved service with a more personalised door to door journey and also taking in both flexibility for commuters and environmental factors. The advantages of using innovative technology is real-time information for passengers, more frequent and reliable services which will also benefit train operators in reducing costs due to a more efficient running network which in turn will bring more confidence from the travelling public.

Andy Bell, Vice President of Ground Transportation at Thales says: “It is encouraging to see a growing commitment from the public to travel more sustainably in the UK, as we all become increasingly conscious of how our choices can contribute to a greener future. The rail industry has a key role to play in reducing the country’s emissions output in the years to come, and high-speed rail and digital innovation will be key parts of meeting this challenge head on. There is understandably caution around transitioning back to public transport, but with efforts to make journeys as safe as possible and the vaccine roll-out in full flow, public confidence will likely be restored again in the months to come. Now, more than ever, the rail industry must work together towards delivering a truly customer-focussed railway that provides a modern passenger experience and takes us towards a net zero carbon future.”