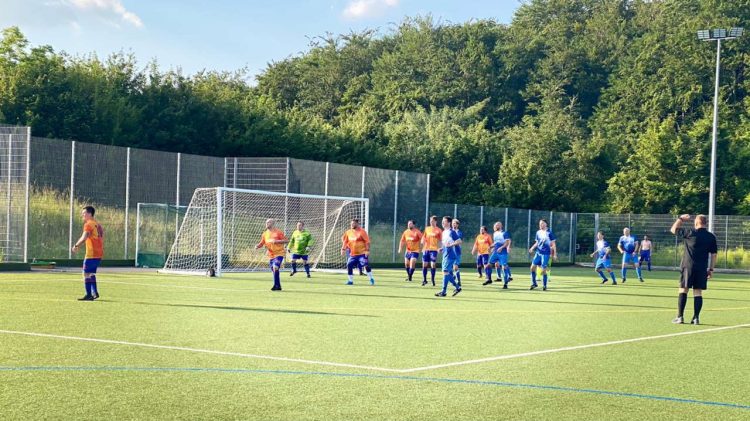 After England’s match on Wednesday, a team from Network Rail staff played a game of football, between Basingstoke and Havant, to raise money for charities working to support mental health.

The match kicked off at 6.30 pm on Friday evening, 9th July, and was held at Horndean football club.

At the event, there was a raffle and an auction that local businesses donated prizes. The money raised from the event will be split up between the charities.

Some of the prizes that were up for grabs were, football boots signed by Champions League winner and England player Mason Mount, a Harrods hamper, Korda fishing gear, and champagne gift sets.

A minutes silence was held at the match to remember those people who have lost their lives with mental health.

Jenna Hayden, signaller at Network Rail Wessex and one of the match organisers, said: “Mind and Samaritans continue to carry out amazing work to support those in need, even more so throughout the pandemic when the support that people may usually have, has been harder to get. It’s important that we eliminate the stigma surrounding talking about our own mental health and to reassure people that its ok not be ok all of the time and let them know that there is help out there if it’s required.

“It’s been a really tough 18 months for everyone, so we’d like people to come along on Friday for a fun evening of football to support these worthy causes.”

Alan Knight, a Portsmouth football club legend agreed to be involved and support the game. Alan said: “When I was made aware what the teams from Network Rail were doing to raise awareness of mental health, I was honoured to be involved.

“It’s important to acknowledge the fantastic work frontline staff at Network Rail do to support people with mental health problems, and the affect it has on them.

“What started as a friendly game of football between the two depots, has grown into a big family event to not only raise awareness of mental health, but also to raise money that will be put towards such worthwhile charities.”