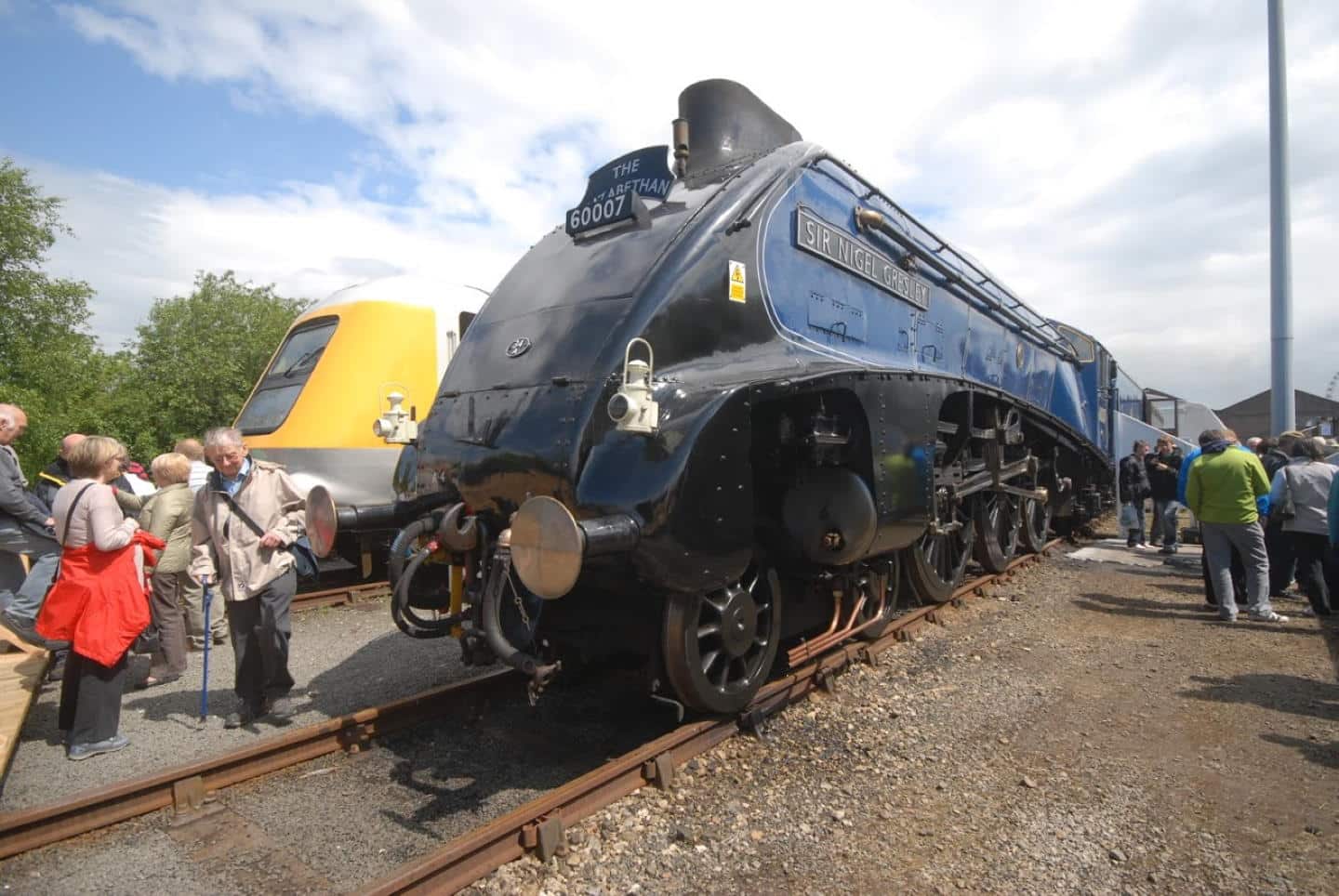 The National Railway Museum at York has been in touch with RailAdvent and have confirmed that they have told The Sir Nigel Gresley Locomotive Trust that they will have to leave the museum by the 20th of August 2021.

4498 / 60007 Sir Nigel Gresley is currently under overhaul at the National Railway Museum in York and has been there since work began in early 2016.

The licence for the locomotive to occupy the space was due to end in November 2018 and following delays, this was extended regularly but the workshop is now needed for other projects.

In the short-term, the NRM needs to carry out asbestos remediation work on some of the collection but in the longer term, the workshop will become part of the Wonderlab Gallery.

A new home for the locomotive before its overhaul is completed is still to be confirmed, but it was announced in 2019 that 60007 Sir Nigel Gresley will be based at Crewe for tours with Saphos Trains. The locomotive will be operated primarily by Locomotive Services (TOC) Ltd and will haul Saphos Trains’ rail tours along with the existing fleet of locomotives, however, operations with other operators are not excluded.

“Sir Nigel Gresley’s overhaul in the museum’s workshop began in early 2016 and the licence for the engine to occupy the facility was originally due to end in November 2018. Following delays to the project, this was extended on a regular basis but the workshop is now needed for other projects.”

“In the short term the workshop is needed for asbestos remediation on some objects in the collection. In the longer term, the workshop will be the home of the museum’s Wonderlab gallery. This is a new £5m interactive gallery and part of the museum’s wider Vision 2025 development. Wonderlab will be constructed on the site of the museum’s current workshop and many original features – such as the locomotive wheel drop and crane – will be incorporated into the final design. New workshop facilities and an improved prep bay facility will be constructed to enable essential locomotive maintenance and repairs to be carried out on site.”

“The museum will continue to work with the Sir Nigel Gresley Locomotive Trust to enable a smooth transition to a new venue where the overhaul can be completed.”

We have contacted The Sir Nigel Gresley Locomotive Trust for a comment and are awaiting a reply. East Anglian Railway Museum adds a Class 317 driving vehicle to its collection to tell the story of...