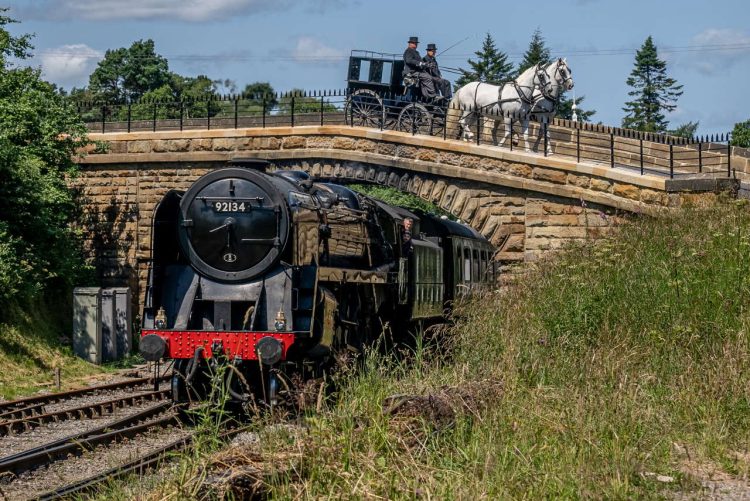 The North Yorkshire Moors Railway is leading a new campaign to raise awareness of the number of heritage railways in the UK.

The popular heritage line has collaborated with 35 heritage railways across the UK to run the Love Your Railway campaign, which runs from July 26th to September 5th.

The six weeks will be split into six themes: Heritage, Education, Volunteers, Family, Sustainability and Future.

You can follow the campaign by using the hashtag #LoveYourRailway

Chris Price, General Manager at NYMR, said: “We’re optimistic and excited about the summer ahead, but the last 12 months have been like no other year, with lockdowns, reduced capacities due to social distancing, and staff and volunteers falling victim to the virus.

“There are more than 150 operational heritage railways, running trains over nearly 600 miles of track, which protect, conserve and bring to life part of the nation’s rich cultural heritage – giving enjoyment and learning to thousands of people every year.

“We want to do all we can to raise awareness of every heritage railway across the country and the challenges we face; all the participating railways will be posting their own social content across the six themed weeks, but we also want to encourage the public to get involved by sharing their favourite memories and inspiring imagery from their visits, using the hashtag #LoveYourRailway.”