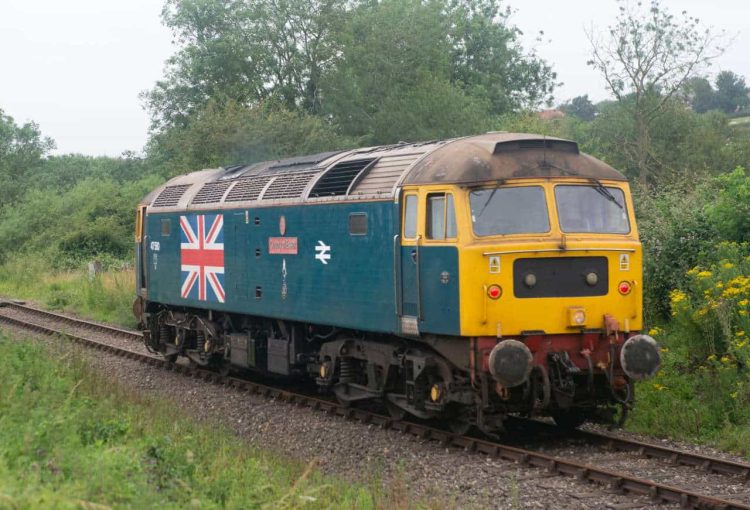 The Mid Norfolk Railway and the Stratford 47 Group have announced the return of Class 47 47580 County of Essex back to the railway this month.

The Stratford 47 Group who owns the locomotive has seen 47580 reunited with their resident locomotives on the line.

The group who formed in 2001 are dedicated to the upkeep of 47580 as a Network Rail mainline registered locomotive, they are also working on 47367 and 47596 Aldeburgh Festival at the Mid Norfolk Railway.

These hard-working locomotives were built from 1962 to 1968 with a good number still working the mainline today on both passenger, freight and charter work.

47580 returned back to the Mid Norfolk Railway following its light engine journey across the south of England, and also after the Mid Hants Railway’s Diesel Gala where County of Essex was a special guest visiting locomotive, running on the stunning Watercress Line.

County of Essex will be rostered on the Mid Norfolk Railway timetable for diesel hauled services, and will also be featured for special events, and with its iconic livery inspired by the 1977 Jubilee pairing of 47163 and 47164, it is sure to be a popular addition to the railway.

The Mid Norfolk Railway is situated right in the heart of Norfolk with an 11 mile line running from Dereham to Wymondham Abbey Halt station.

George Saville the Mid Norfolk Railway’s General Manager said: “We are delighted to once again provide a home for this engine. It is extremely important for us as this 47 has the equipment needed to run our MK3 coaches and means that we now have two mainline engines that can power the Polar Express services this Christmas”.