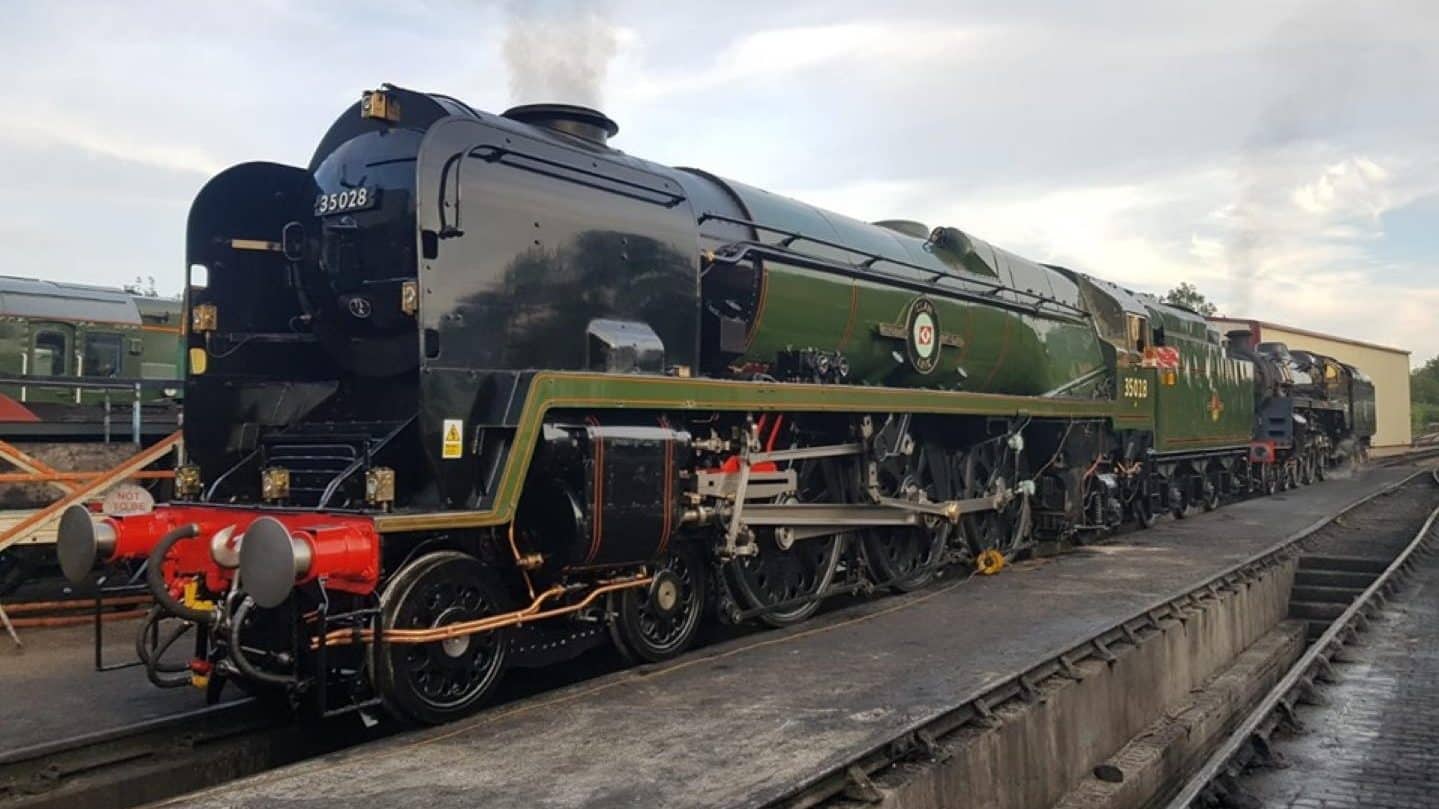 The Bluebell Railway has announced that they will be welcoming SR 35028 Clan Line to their line this October.

The Merchant Navy visited the heritage railway in August 2019 to use the wheel drop at Sheffield Park for an inspection and maintenance of the front bogie.

However, the steam locomotive is returning to the line for their Giants of Steam 2021 Gala, which will be taking place from the 8th to the 10th of October 2021.

35028 Clan Line will be appearing at the Bluebell Railway Giants of Steam Gala thanks to its owners, The Merchant Navy Locomotive Preservation Society.

The Bluebell Railway says it has exciting plans for the gala and tickets and timetables will be available soon.

35028 “Clan Line” is a SR Merchant Navy locomotive that is operational on the mainline, based at Stewarts Lane TMD. 35028 was purchased straight from BR in the 1960s and since then has run mostly on the mainline and has received many overhauls over the decades.

The most recent overhaul was completed in May 2017. Want to support Clan Line? Click here to visit their website.