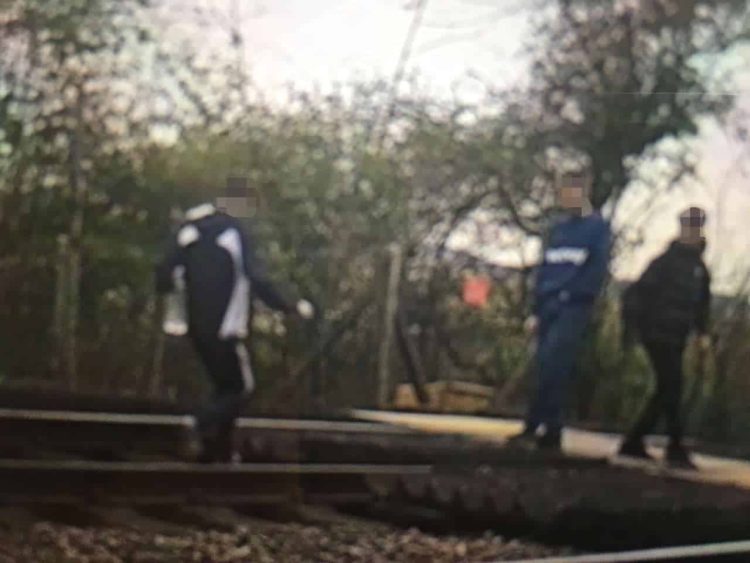 Network Rail has released shocking images of young people caught by CCTV on the mainline level crossings between Horsham and Eridge in Sussex.

Both incidents took place during spring lockdown, the first on the 4th of May around 5pm where two young girls can be seen lying down on the track at the crossing near Eridge.

The second incident happened on the 14th of May, where two boys can be seen walking down the track at Bewbush near Ifield.

There has been a shocking 40% increase in youth trespass incidents in South East London, Surrey and Sussex following the relaxation of the first national lockdown.

Network Rail has released the pictures to remind young people and their parents that their actions can have very serious consequences as well as putting passengers at risk.

Nicola Dooris, Community Safety manager on the South East Route said: “Unfortunately during lockdown, we have seen an increase in the numbers of young people messing about on the railway. On that section of track trains often travel at 85 mph and at that speed, unlike cars, trains can take hundreds of metres to stop, a fact many young people don’t realise. Using CCTV like this I’m often able to track down young people and talk to them and I’d much rather do that than help our staff cope with the aftermath of young people being killed.”

Network Rail Head of Route Quality Health Safety & Environment, Vincent van der Hoeven said: “We really must get the message across to children and their parents of the dangers of trespassing on the track. We are putting efforts into getting the message across in schools and on social media through our ‘Parallel Lines’ film and ‘You vs Train’ campaign.”

Network Rail has worked with British Transport Police on the uncompromising You vs Train campaign for three years. The film aims to educate young people on the devastating and wide-reaching consequences of trespass but the message to adults is the same – Don’t risk your lives or others by trespassing on the railway when a red light is displayed.