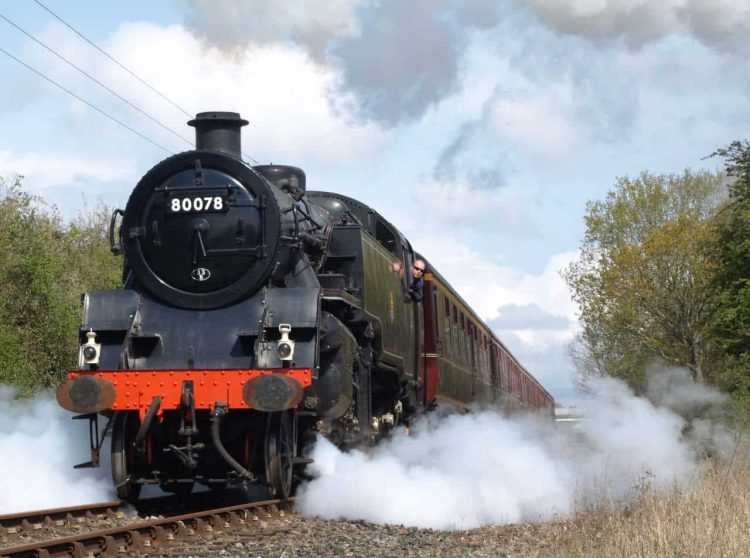 The Mid Norfolk Railway has announced it has received a £200,900 grant as part of the Culture Recovery Fund for Heritage.

Services are set to return to the heritage railway on the 3rd July but this has given the line an extra boost from the Government.

The grant is the first part of £401,800 funding for the Mid Norfolk Railway, which was announced on the 2nd April by the Department for Digital, Culture, Media and Sport.

Based in Dereham, Norfolk, the heritage line is just one of the railways which has announced grants over the past year, with the Swanage Railway, Mid Hants Railway, North Yorkshire Moors Railway, Keighley and Worth Valley and the Ffestiniog and Welsh Highland Railways announcing similar grants (albeit for varying amounts of money).

More than 470 organisations across the UK have received grants, and this is not limited to heritage railways, with other attractions receiving the vital financial help they need.

Charlie Robinson, the Chairman of the Mid Norfolk Railway Trust, said: “On behalf of the railway we are extremely grateful to receive this Government funding. Our allocation is based on loss of income from the period of time we have been closed due to Covid.

“The income we normally generate is essential for the ongoing maintenance of the railway and as such these funds will go some way to replacing that lost income and will therefore in turn allow the railway to conduct the essential works that we need to carry out to ensure we can operate a safe railway for our passengers.”

The Culture Secretary, Oliver Dowden, said: “Our record breaking Culture Recovery Fund has already helped thousands of culture and heritage organisations across the country survive the biggest crisis they’ve ever faced. Now we’re staying by their side as they prepare to welcome the public back through their doors, helping our cultural gems plan for reopening and thrive in the better times ahead.”

George Saville, the Mid Norfolk Railway’s General Manager explained further when he said, “As one of the longest heritage railways in the country and the longest in East Anglia, we have a very real challenge to maintain our track and all the associated infrastructure to the safe standards our passengers and other rail users quite rightly expect and we do achieve.

“We must do this before we even think about expanding and developing the railway.  This government grant is therefore essential, as it is helping to replace part of our lost income and so we can fund the essential work we need to do to be able to reopen to the public at the end of the month.”

Ros Kerslake, CEO of The National Lottery Heritage Fund, said: “Spring is definitely here, bringing not only sunshine but that sense of optimism and hope for the future.

“We are all looking forward to heritage organisations and other visitor attractions reopening. I am very pleased that we have been able to support DCMS in delivering this vital funding to ensure the UK’s heritage sector can rebuild and thrive, boosting local economies, creating jobs and supporting personal wellbeing.”