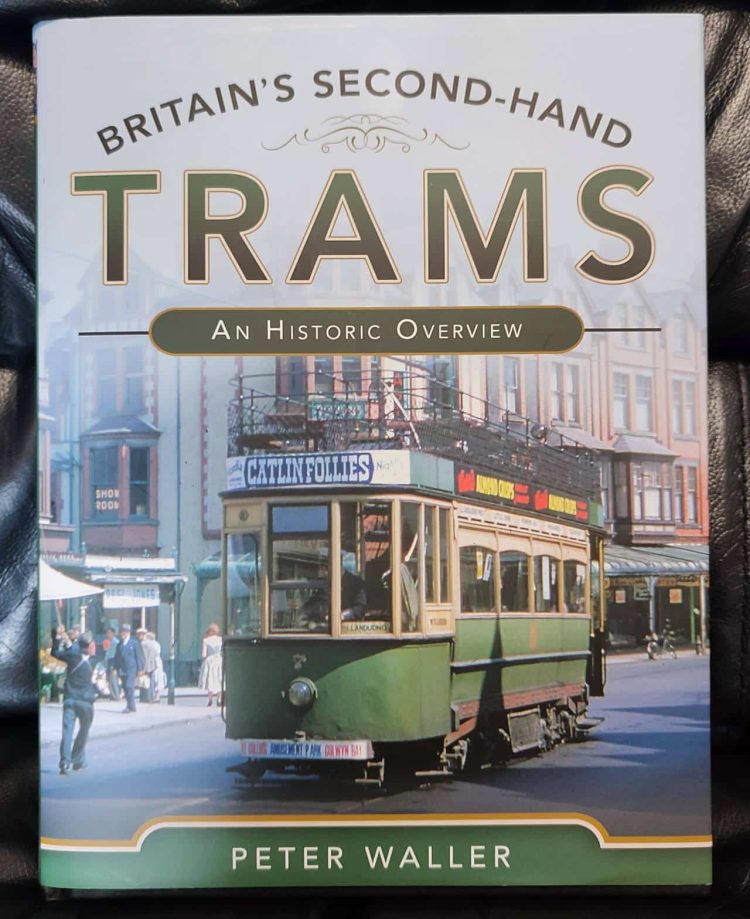 Recently released from publishers Pen and Sword, this book is a pictorial history of Britains “second hand” electric tram fleet.

The hardback book is written by Peter Waller, who has written a number of books over the years.

Measuring 29cm x 22cm, the book has over 180 pages of pictures with detailed captions along with a comprehensive appendix of trams around the UK.

The book has a published price of £25 but can be picked from Amazon for around £18 (at the time of writing).

Whilst many new trams were built for the tramways, over the years, a number were transferred to a second or third operator. This book looks at the many trams which found new homes over the years.

As one tramway came to an end, there were many tramcars that had years of life left in them and these were sold on to other towns and cities for them to make use of on their network.

The book has well over 100 black and white pictures and with each is detailed information about the tram, the builder, where it was in service, and where it moved to.

Many of the pictures show the trams within the surrounding environment and it was interesting to see the old streets of the towns along with the people around the trams.

It is easy to jump into the book at any point and start to explore the pictures and the history surrounding the image.

It would have been nice perhaps for the images to be split up or indexed in some way, however, that is perhaps no easy task as you would have to decide whether to split them up into their first, second or third operator.

At the end of the book is an extensive 40-odd page appendix that lists all the trams which moved from one fleet to another, it would have been useful to include in the table a link to the relevant page in the book if an image of that tram was featured. The table does include information of which trams have entered preservation, such Liverpool Corporation No. 869

I enjoyed browsing through the book, particularly with it being about a little thought about topic, of how trams had an extended life in another area of the country.

We would like to thank Pen & Sword for providing us with a copy of the book for review.

Steam locomotive 419 to visit the Embsay and Bolton Abbey Railway

More trains timetabled to run between London and Norwich