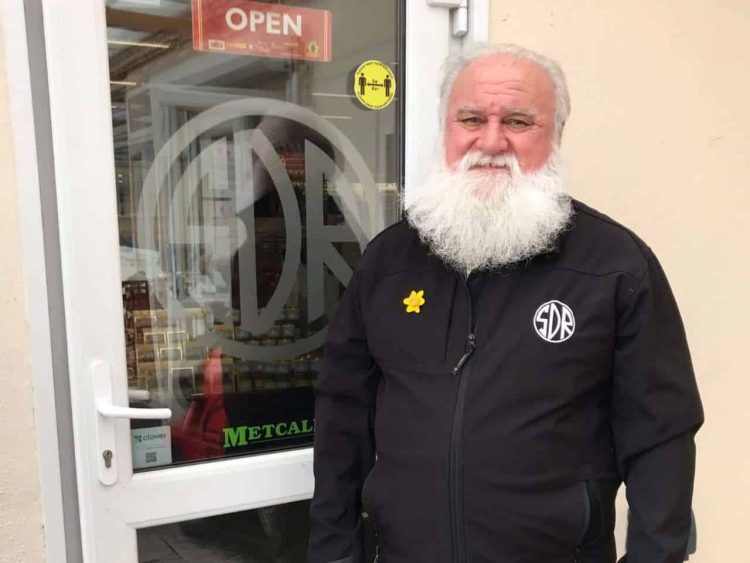 Volunteers and staff of the South Devon Railway (SDR) have been thinking of different ways to fund raise for their railway, with their latest idea to produce a re-written version of the “Wellerman” Sea Shanty, calling it “Beardman” a Steam shanty.

The inspiration behind the idea, which has been turned into a video thanks to the VoiceWorx Choir, has come following Dick growing out his beard since the line’s closure back in March 2020.

Dick, the Railway’s Public Relations (PR) Manager, has been a fireman, driver and General Manager at the Railway over the years, decided to grow his beard out until steam hauled trains returned to the SDR.

Over a year on, and Dick has grown out a rather large beard! With help from his wife Barbara, they have written the song, which can be watched below:

On Tuesday 18th of May, Dick will be having his beard shaved off, an event which is hoped to attract many people ,and hopefully donations towards the Railway.

The South Devon Railway are aiming to raise another £500,000 to provide the heritage line with the finances they need to survive the loss of income since March 2020.

Both Dick and Barbara have spent years supporting the SDR and wish to see the line open for many years to come, with donations helping to ensure its survival.

For more information, to plan your visit or to support the South Devon Railway, please visit their website here.

Commenting about his imminent clean-shaven, and perhaps maybe even bald headed look, Dick Wood said: “After all of this time and the many nicknames I’ve been called by friends and even  complete strangers, but especially from surprised young children last Christmas, the day will have finally come for the big reveal!

“The names I’ve heard have ranged from Santa Claus, Mr Tom, Uncle Albert and Ernest Hemingway to Poseidon, Neptune, Captain Birdseye, Ben Gun and the Wild Man of Borneo, so I’ll be glad to be rid of the beard for sure!

“Then, I’ll hopefully be able to eat normally again rather than wearing my food, and can also stop having to say ‘During the war’ on request etc.

“But I’ve taken all of the ribbing in good part in order to help raise awareness of the SDR’s funding plight and need for donations to help keep the railway afloat.

“So, I’m hoping that people will once again put their hands in their pockets and donate some more cash to our special appeal for the ‘Great Clean Shave Off.

“That said, there are some people whom I will be reporting to the nice white bearded man in red who lives at the North Pole, and so they won’t be getting any presents this year!”

The A1 Steam Locomotive Trust has renamed Tornado Railtours, the rail tours part of its business, as "21st...