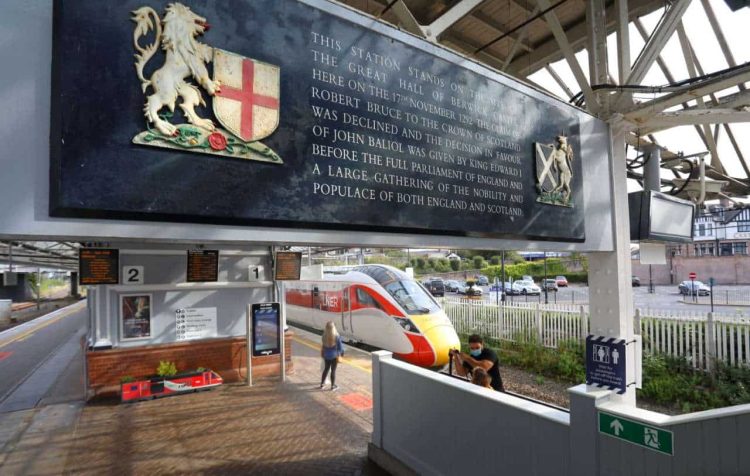 Train operator London North Eastern Railway has won a heritage award for the improvements made to Berwick-upon-Tweed railway station.

A number of projects have been completed by LNER and Network rail at the station, including the renewal of full roof slates and heritage stonework on the facade. Work was also completed on the entrance canopy and station clock. The first-class lounge was also refurbished.

The plaque is not the first for the station, a blue plaque was unveiled back in 2019.

The judges of the National Railway Heritage Award praised the enhancement programme for taking into account not only the importance of the station building but for the sensitivity shown to the historic site on which it stands, the former Great Hall of Berwick Castle.

David Horne, LNER Managing Director, said: “As the most northerly railway station in England and its close proximity to the beautiful Royal Border Bridge, Berwick is an incredibly important destination on the LNER route. Working in partnership with Network Rail and Rail Heritage Trust, we’ve been focused on ensuring the station provides a warm welcome. We’re incredibly proud to receive this national award recognising the improvements our teams have delivered and our efforts to restore and maintain the many heritage features the station now proudly boasts.”

Theo Steel, Chairman of the National Railway Heritage Awards, said: “It was a great pleasure to take part in unveiling the plaque celebrating Berwick-upon-Tweed station as the winner of the National Rail Heritage Award for Urban Heritage. It recognises the succession of schemes to modernise the station undertaken by LNER and its predecessors, Network Rail, and supported by the Railway Heritage Trust.”

New research reveals that the building of a net-zero railway could bring 6,000 green jobs with employment potential...