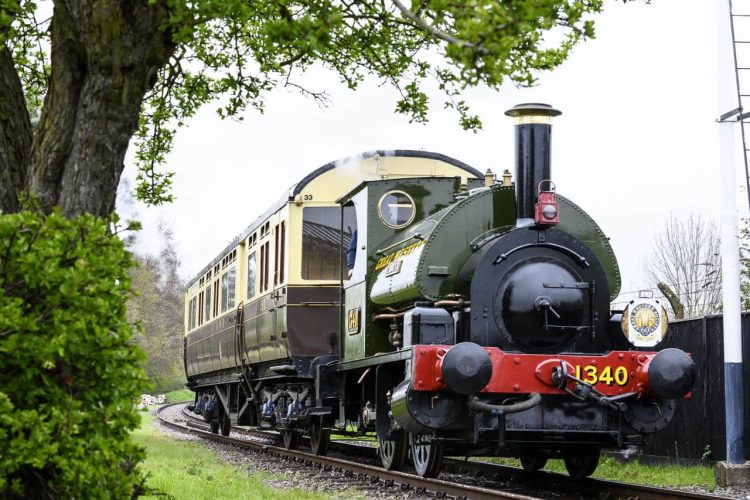 GWR 0-4-0ST ‘Trojan’ will return to service at the Didcot Railway Centre on the 1st May with a ceremony with local MP, David Johnston OBE, and will become the oldest working Great Western Railway steam locomotive having been built in Bristol in 1897.

Trojan will be in action over the May Bank Holiday Weekend (1st – 3rd May) working good trains on the branch line and taking a turn on passenger workings as well as a number of photo opportunities including a line up of all 0-4-0s at the Didcot Railway Centre, with Trojan lining up against 1338, No. 5 ‘Shannon’, and No. 1 ‘Bonnie Prince Charlie’.

Coronavirus restrictions will still be in place and tickets need to be prebooked in advance via the Didcot Railway Centre website.

Head of Visitor Experience and Marketing, Graham Hukins said: “We are looking forward to seeing “Trojan” back in action, it’s almost ten years since she was last in action and the overhaul has cost over £200,000 so it will be a very special day indeed.

“The contrast couldn’t be greater between 1340 and some of the huge passenger locomotives here at the Centre, but “Trojan” performed a key role at a time when goods traffic was far more important to the railways and the country’s economy than the famous express trains that are so often romanticised” he added.

The saddle tank has 3′ diameter driving wheels and has space for just 630 gallons of water and 0.5 ton of coal, but is powerful and is ideal for shunting heavy wagons on dockland railways.

Can you help complete steam locomotive 4709?

1340 ‘Trojan’ is the oldest locomotive in the operational fleet, and was built by the Avonside Engine Company in Bristol in 1897 for Messrs Dunn & Shute of Newport Town Dock. In 1903, the locomotive was purchased by the Alexandra Docks Railway and was transferred to Great Western Railway when the line was absorbed in 1923.

Trojan arrived at the Didcot Railway Centre in 1968 but it wasn’t until 2002 that she entered preservation service, and was a regular sight until her boiler ticket expired in 2011.

Repairs to the motion have included remetalling of the axleboxes and side rod bearings, tyre turning, refurbishment of the springs and an overhaul of the valve gear.

Large Prairie 4144 will be in action alongside Trojan for the Bank Holiday Weekend. Gloucester Railway Carriage and Wagon Museum is seeking funds to transport Cadbury loco No.14 from Cadbury World to...