First LNER Class 91 locomotive set to be scrapped in Nottingham 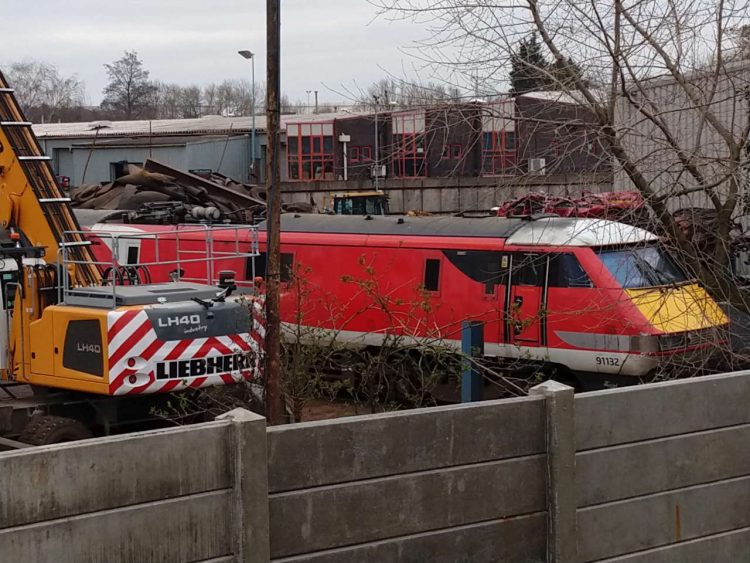 The first Bo-Bo Class 91 electric locomotive has been sent to be scrapped in Nottingham, and Dawn Hazle has very kindly allowed us to share her image with you.

Whilst a number of Mark 4 sets have already been sent for scrap, 91132 is the first to be formally scrapped.

Known to some as ‘Lucky’, this 91 survived both the Hatfield and Great Heck rail accidents, and was renumbered 91132 after its overhaul in 2001, it was numbered 91023 prior to this.

Built in September 1990, 91132 wore the City of Durham nameplate and Employer Pledge artwork but is now withdrawn after being replaced by Hitachi Azumas.

91108 and 91103 are two out of service Class 91s that have been stripped for parts but have not been formally scrapped.

Welsh railway bridge to be raised one metre in £3.6m project