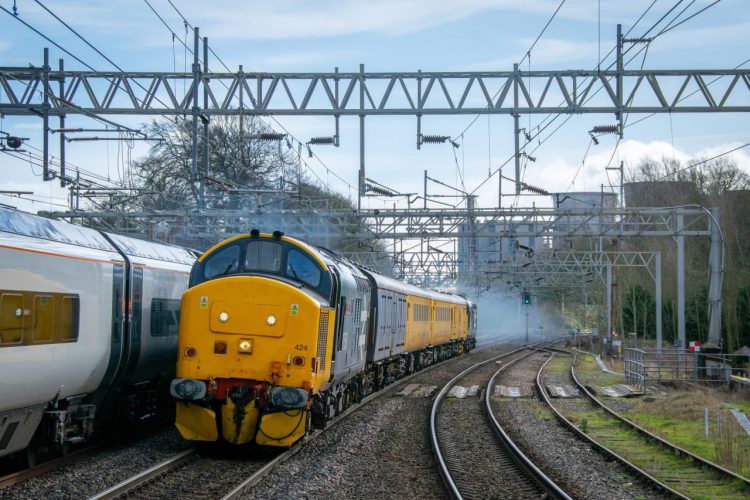 Direct Rail Services has confirmed to RailAdvent that they will be keeping a fleet of Class 37 locomotives alongside their fleet of Class 66s, Class 68s and Class 88s.

However, DRS has also provided RailAdvent with some information regarding their future.

The freight operator has revealed to RailAdvent that they will be keeping a core fleet of 13 locomotives of the 23 locomotives currently with Direct Rail Services.

These Class 37s will be kept in operation for the next five years, but numbers will be assessed throughout and are dependent on business needs.

DRS has told RailAdvent that they have a good supply of parts so as long as they remain reliable, they will be kept running.

For the Class 37s not needed, a tendering process will be completed where they will be sold on.

What are they going to be used on? DRS has told RailAdvent that they are keeping the Class 37s for the Rail Head Treatment Trains (RHTT) in the autumn as they are very versatile locomotive and can do turns that Class 66s cannot complete in Yorkshire as they require RA5 spec locomotives.

Direct Rail Services has said that the locomotives are still useful, but when compared to a Class 68 or 88, they are nowhere near as powerful, hence keeping them for RHTT duties or snow plough duties as outright power isn’t much of concern.

A farewell railtour I hear you ask! Well, RailAdvent has asked Direct Rail Services about this, and the operator has said if a railtour promoter/operator requests a farewell railtour, then this is something that they will look into.