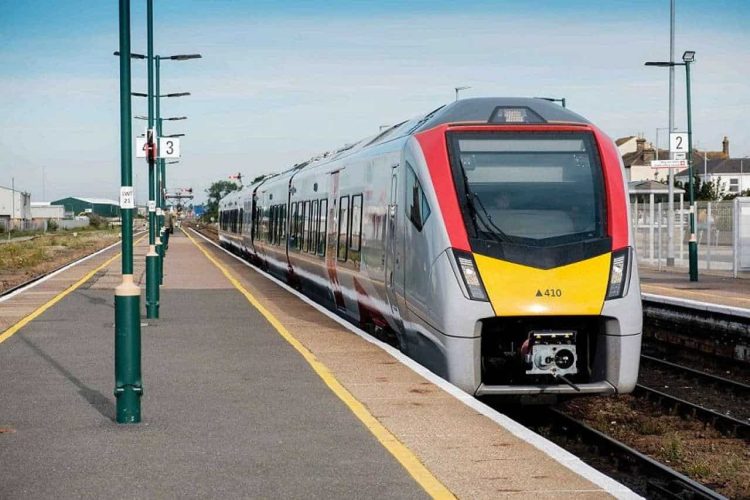 Train operator Greater Anglia has reported a record-beating run of performance during the Autumn months.

During Autumn the weather and falling leaves can cause problems on the railway as the leaves get compressed into a slippery layer, this affects the traction and acceleration of trains in a similar way to black ice on the roads.

These poor conditions can lead to delays and cancellations.

Greater Anglia achieved a punctuality score of 94.4%  for the period ending 12th December.

The new regional bi-mode trains operated by Greater Anglia have handled the leaf fall season better than the old trains and have helped to achieve the punctuality figures.

The trains are fitted with automatic sanders to help reduce the effect of the leaves, and they also have improved Wheel Slide Protection which helps the trains brake evenly similar to ABS in cars. This helps to prevent wheel damage caused by sliding along the rails.

The highest performing line in the 4 weeks ending 12th December was the Marks Tey to Sudbury line at 98.6% followed by Norwich to Sheringham at 97.7%

Managing Director, Jamie Burles, said, “I’m really pleased that, during what has traditionally been one of the most difficult periods of the year for performance, we have continued to run punctual, reliable services for those who need to travel.”

“These continued good results demonstrate that our new bi-mode trains are helping to deliver real improvements in punctuality and reliability, coping much better with the challenges of autumn than our old trains, and are helping to transform journeys for people in the region.”

WATCH: Class 87 locomotive takes to the road in Crewe