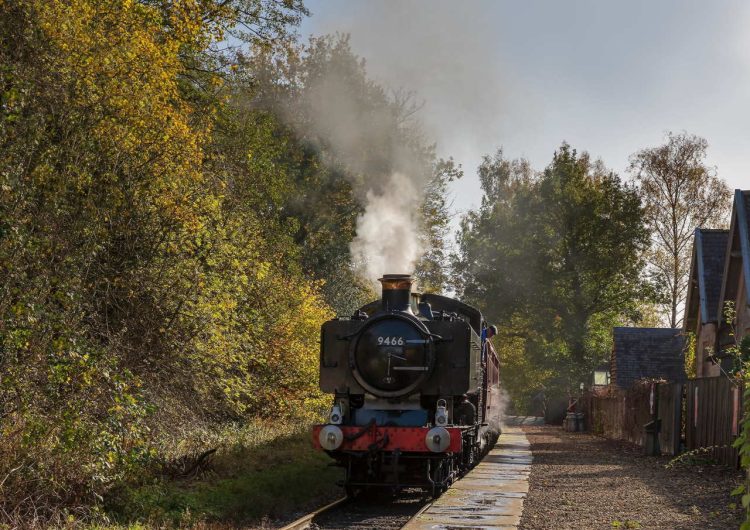 WyvernRail PLC, who operate the Ecclesbourne Valley Railway, has announced that they have reached an agreement with JJP Holdings South West Ltd over the hire of GWR Pannier 9466.

Thanks to the agreement, Large Pannier No. 9466 has become the first resident operational Ex-BR steam locomotive at the Ecclesbourne Valley Railway.

The locomotive is scheduled to be based at Wirksworth until its boiler ticket expires in 2025.

The EVR enjoyed a busy first week with the popular locomotive. However, due to the new lockdown, services have once again come to a halt, though this excellent news means there is plenty of opportunities for visitors to come and have a ride behind this locomotive.

Michael Evans, Managing Director of WyvernRail plc, the company who own and operate the Ecclesbourne Valley Railway, told RailAdvent: “We are thrilled to have 9466 become our first operational ex-BR steam locomotive. It is fantastic that this fine locomotive will be part of the growth of the railway for the coming years as we look to operate more steam services. It is a very uncertain time at the moment, and it is great to have such positive news.”

Jonathan Jones-Pratt, Chairman of JJP Holdings South West Ltd, told RailAdvent: “We have been made to feel extremely welcome at EVR, and we feel particularly pleased that agreement has been reached to have 9466 as a resident at this wonderful line. It is exciting that we are able to be part of the interesting journey this railway is taking over the forthcoming years and I am sure 9466 will play its own part in the railway’s success.”