GWR and The Veterans Charity to organise the operation 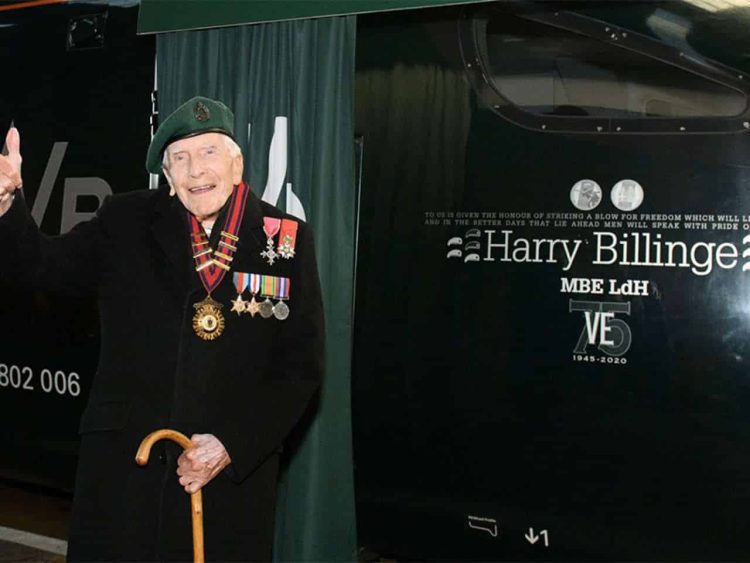 Great Western Railway and The Veterans Charity are organising to take poppies to London Paddington railway station for Remembrance Day.

Nine train services will be involved along with more than 60 stations on the Great Western network.

Due to the Coronavirus pandemic, many remembrance events in London and the surrounding areas have been suspended.

Great Western Railway and The Veterans Charity have been working with organisations including the Royal British Legion and The Soldiers, Sailors, Airmen and Families Association (SSAFA) and are organising for the wreaths to be put onto trains heading to Paddington on November the 11th.

Over 100 wreaths are expected to be taken to London including one from D-Day veteran Harry Billinge who recently had a train named after him by Great Western Railway.

The wreaths will be placed on the war memorial on Platform 1 for the service at 11 am.

Great Western Railway will be broadcasting the arrival and service live on their Facebook page.

GWR’s Head of Communications Dan Panes said: “We all know how much change the pandemic has brought to everyone’s lives, but we are determined Remembrance Day should be marked in the best way possible.

“Poppies to Paddington allows all those organisations who would usually be present for the Remembrance services at London Paddington and around the region to pay tribute to the fallen by laying a wreath. We are proud to be able to help in this way.”

Iain Henderson, Trustee of The Veterans Charity, said: “Thanks to GWR and our friends in HM Armed Forces, the Emergency Services and numerous other groups and charities who support veterans, Poppies to Paddington will mean that people from across the region can still pay respects and remember those who fought and remember those who died in conflicts from World War One to Afghanistan. All from the safety of their home.”

A Royal British Legion spokesperson said: “In the year that marked 75 years since VE Day and VJ Day, the Legion is remembering the contribution of every member of our Armed Forces who stepped up to defend our way of life then, and those who continue to do so today, whatever the threat.

“Although we acknowledge that Remembrance will not be the same and communities cannot come together as they usually do at this time of year, it is still important to provide people with a safe outlet to pay tribute, and as the champions of Remembrance, we are grateful to the GWR for helping people pay tribute.”

Lt General Sir Andrew Gregory, CEO of SSAFA, the Armed Forces charity, said: “Recognising the service and sacrifice of the Armed Forces around and on Remembrance Day itself is extremely important. In these increasingly challenging times, Poppies to Paddington is a poignant and entirely fitting example of how we need to adapt in order to continue marking this significant annual event.”