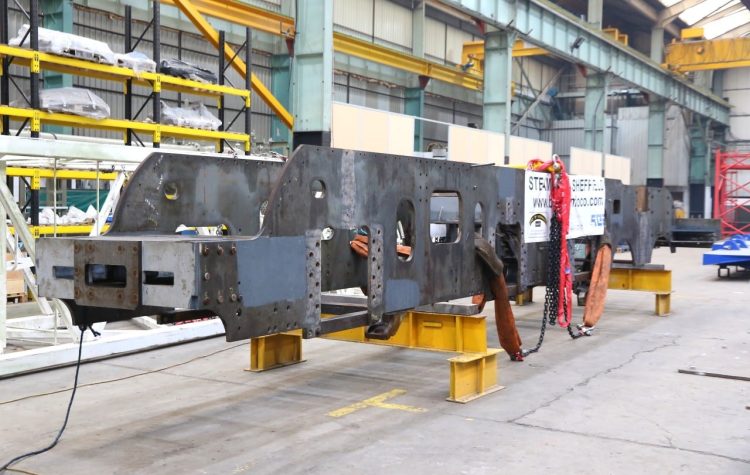 The B17 Steam Locomotive Trust has announced that B17 Class No. 61673 Spirit of Sandringham has arrived at CTL Seal in Sheffield.

Back in September, the Trust, CTL Seal and haulage contractors met to discuss the unloading of the mainframe at Sheffield.

The planned move from the Llangollen Railway to Sheffield was set for the 19th and 20th October, which allowed for any preparation work to take place at both CTL Seal and Llangollen.

At that time, it was unknown that Llangollen would be placed into lockdown, and the further restrictions coming into force this Friday.

However, the move went ahead as planned, with the low loader moving the chassis of Spirit of Sandringham from Llangollen on the 19th October 2020 before safely delivering the chassis to CTL Seal on the 20th October.

The chassis is now in the building, and it will be its base for the next phase and the foreseeable future.

The first component of many that are needed to turn the static chassis into a rolling chassis is the six horn blocks. An order has already been placed with William Cook Castings Ltd for six patterns. The casting of these is expected by late November.

All design work for every component has been completed and approved, and design work has now turned to items like springs and cylinders for the locomotive.