The name comes after 1,500 entries were made to a competition 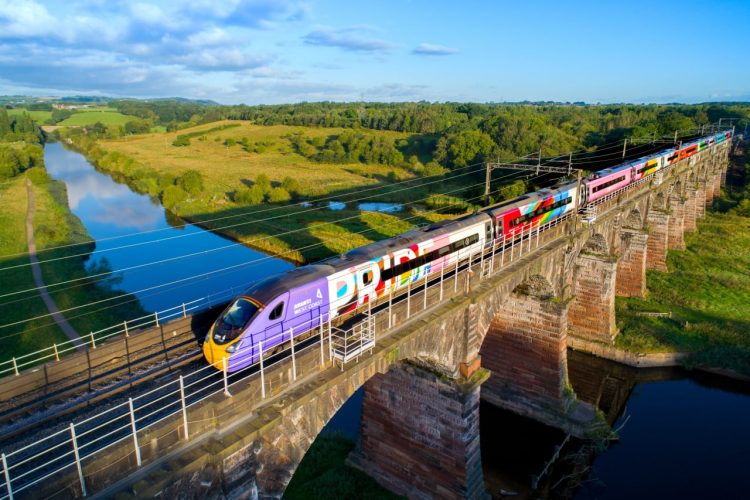 Avanti West Coast has announced that it has named its Pride Train “Progress”, with the train now in regular service on the West Coast Main Line.

The naming was announced on National Coming Out Day, and the name was chosen as part of a competition in which the public submitted suggestions to give the train an identity.

The competition was announced in August when Avanti West Coast launched the 11-carriage Pride train from London Euston to Manchester Piccadilly.

Over 1,500 entries were received, with many suggesting the name Progress.

The winner of the competition was Edward Hitchon Godfrey after is submission suggesting the name Progress outlined how the introduction of Pride Trains helped him to come out.

Edward Hitchon Godfrey said: “As a young engineer entering the rail industry five years ago, I was struck by the stark contrast between a relatively progressive industry on the surface and the sometimes intolerant views expressed in the background.

“Trainbows, Pride Trains and events gave me – a closeted bisexual man – the feeling of support within the industry I love, to come out at work, and to challenge prejudiced views. Winning this competition has solidified my sense of belonging and given a real boost to my confidence in my identity. To me, the name Progress embodies both a celebration of where we have got to as an industry and as a society, and a recognition that we’re not there yet – that there’s still work to be done.”

Discussing how the winning name was chosen, Avanti West Coast Executive Director – Commercial, Sarah Copley said: “I’m delighted that the name Progress was chosen for the Pride Train. Within a day of the competition launching, an online campaign was started calling for the livery to be called Progress, highlighting the wider LGBTQ+ community’s love of the Pride Train and recognition of the progress we are making around diversity and inclusion. Of the 1,500 hundred entries submitted, hundreds suggested the name Progress so it was a clear choice for the judging panel who were very touched by Edward’s story.

“We constantly listen to our people, our customers, and the communities we serve to ensure our diversity and inclusion strategy is relevant. Progress is a symbol of Avanti West Coast’s commitment to live proud and support Pride 365 days a year.”