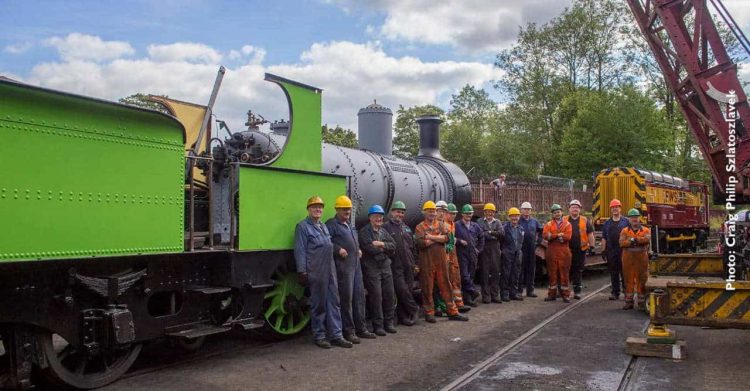 At Haworth yard on Monday 31st August 2020, the overhauled boiler was lifted into the frames once again.

15 volunteers were involved in the work, along with a bit of help from the 50-ton breakdown crane No. 1015/50, which was borrowed from the Bahamas Locomotive Society at Ingrow,

The Green Dragon was made famous by The Railway Children film, it was built in 1887 and makes the locomotive 130 years old.

The locomotive will reappear back in fictional green livery, and was due to star in the 50th Anniversary of the Railway Children celebrations, but due to the coronavirus pandemic, neither the overhaul, nor plans for the event could be finished.

It hopefully won’t be long until The Green Dragon is seen passing through Mytholmes Tunnel once again. The Keighley and Worth Valley Railway has announced that the shop at Haworth Stations has been given a...