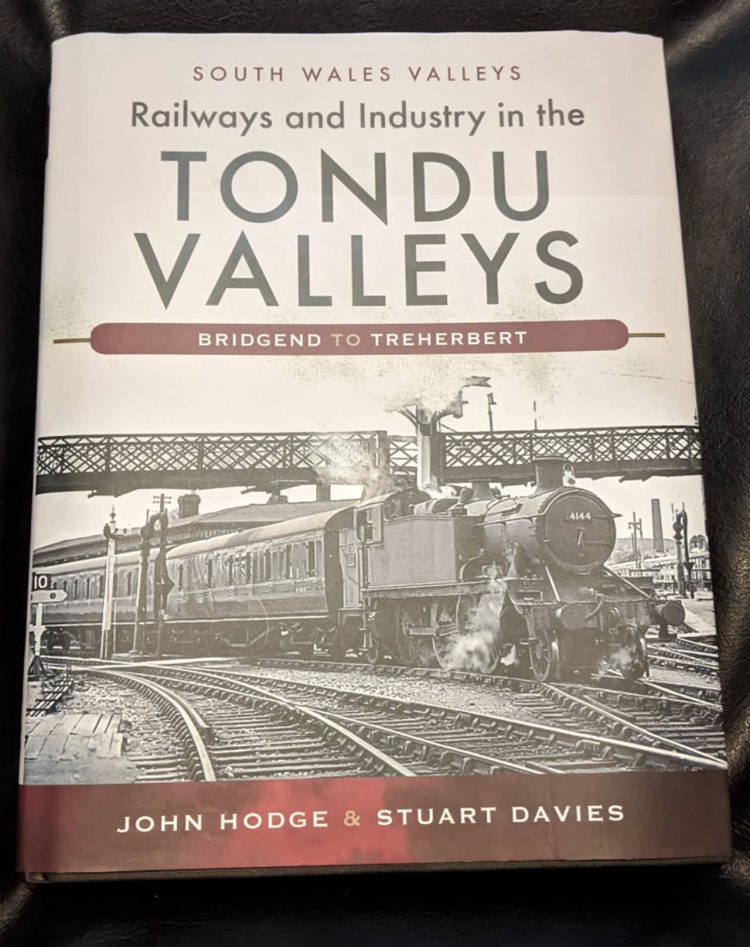 Released last year, Railways and Industry in the Tondu Valleys : Bridgend to Treherbert, is a fascinating insight into the labyrinth of railways that once ran through the area.

The book is written by John Hodge and Stuart Davies and published by Pen & Sword. The hardback book measures about 23cm x 29cm and has 260 pages.

The book is part of the Railways and Industry series and looks at the industrial development of the Tondu Valleys and the railways passing along them.

Split into 9 different chapters, the book has a good variety of pictures, text and tables of information.

Chapter 1: Covers the industrial development of the Tondu Valleys over the years and the requirements to move goods from the valleys to the docks.

Chapter 2: Looks at the Great Industrialists of the Valleys, John Brogden, Sir Robert Price and others, along with the mines and ironworks

Chapter 3: Is about the South Wales Coalfield and its position, and the mines of the Valleys

Chapter 4: Gives an insight into the passenger services of the area between 1864 and 1970, the locomotives used and the coaching stock

Chapter 5: Shows information about the coal services, the wagons and trucks used.

Chapter 6: Features the Tondu Locomotive Depot and the loco allocations over the years of operation

Chapter 7: Is an extensive chapter and looks at the Llynfi Valley, the stations, passenger and freight services.

With many pictures over the years from the early steam, to more modern day class 37 diesel locomotives and DMUs

Chapter 9: Covers the closure and revival of the lines in the Tondu Valleys

There is no shortage of pictures in the book to help back up the text, and these provide a great historical insight into the history of the railways in the area, sadly many of which do not survive today.

The map at the beginning of the first chapter shows just how extensive the railways were in the area, and whets the reader’s appetite for the many pages the follow.

There isn’t really anything bad to say about this book, perhaps it would have been nice for some of the modern-day photographs to be in colour, but that is just a personal choice.

As mentioned above the book has published price of £30 available from the Pen & Sword store, but can (at the time of writing) be picked up on Amazon for £24 it is also available as a Kindle Edition for just £9.99.

We would like to thank Pen & Sword for providing us with a copy of this book for review.

A fascinating insight into the labyrinth of railways that once ran through the area, plenty of information and well-illustrated throughout Ecoflow got in touch and invited us to review their top spec EcoFlow Delta Max, which seems on...