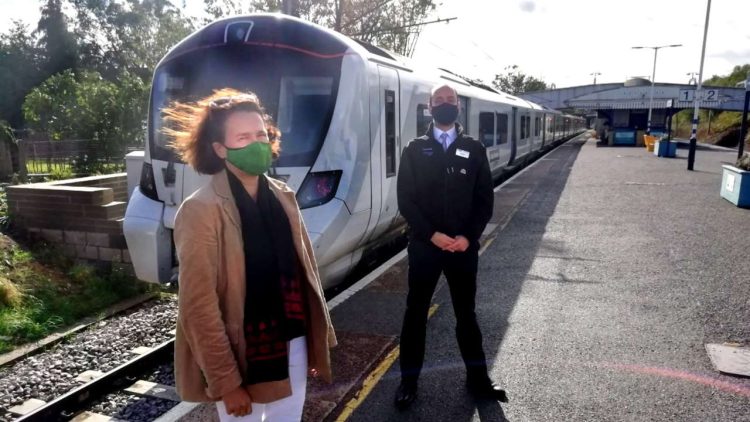 New trains in Hertfordshire have saved more than 4,000 tonnes of carbon dioxide emissions through their braking system.

In their first year of services, the 25 new Class 717 trains have generated enough electricity through their brakes to power the households of Welwyn and Hatfield Borough for a month.

The trains are used on the route between London Moorgate and Stevenage, Hertford North and Welwyn Garden City.

The Class 717 trains have new features such as power sockets, Wi-Fi, real-time information and Air conditioning. They replaced the Class 313 trains which were come of the oldest electric train fleets.

The new trains are 20 per cent lighter which makes them more energy efficient. The new Class 717 Moorgate trains were part of a £2bn modernisation programme by Govia Thameslink Railway which also saw 115 new Thameslink trains and new Class 387 carriages for Gatwick Express and Great Northern, all of which have regenerative braking.

Great Northern MD Tom Moran said: “Our new trains have transformed our passengers’ journeys by replacing their cramped, outdated 42-year-old trains, with fully-accessible, spacious, modern air-conditioned units with the latest in passenger information, onboard Wi-Fi and power points at every pair of seats.

“Hidden away, underneath the carriages, electric motors help the trains brake, feeding the energy back into the network for use by other trains. That technology has already generated 17 million kWh – enough to power the homes of Welwyn and Hatfield Borough for more than a month, potentially saving more than 4,000 tonnes of carbon dioxide emissions.

“With all our managed stations now using energy generated from a clean, renewable source, passengers can travel safe in the knowledge they are doing their bit for the planet.”

Catherine West MP said: “These new trains Great Northern has brought in have made a huge difference for commuters. They are modern, spacious and air-conditioned but best of all they are much better for the environment. I am very pleased to learn how much energy they generate and how many tonnes of carbon dioxide that could be saving.”

A new project will take rail passengers through musical heritage in Birmingham thanks to funding from West Midlands...