Back to BR Green for the famous new build LNER A1 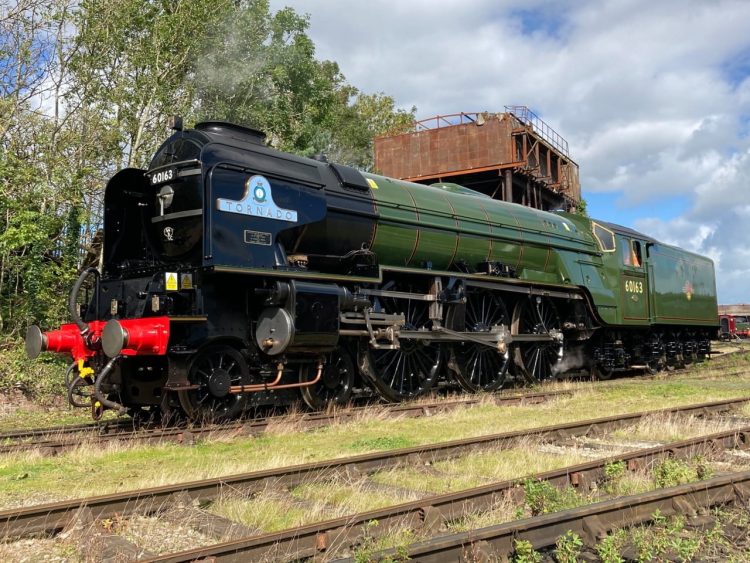 The A1 Steam Locomotive Trust has unveiled a new livery for new-build A1 No. 60163 Tornado, as the locomotive prepares to work a railtour to Edinburgh this Saturday.

The A1 is now in BR Green with emblem and crest and will stay in this livery until its 10-year overhaul in 2022.

Steve Davies MBE, Chairman, The A1 Steam Locomotive Trust, commented, “Saint Mungo’s most famous run was on New Year’s Eve 1965 when the North Eastern Region of British Railways ran a special train from York to Newcastle and return to commemorate the ending of mainline steam, the locomotive achieving 100mph on the return leg. Like others of the class, it was bereft of its nameplates but its performance inspired the formation of The A1 Steam Locomotive Trust in 1990 to build a brand new Peppercorn class A1 No. 60163 Tornado.

Steam locomotive to depart Edinburgh for Aberdeen this Saturday

“It wasn’t until 2008, when No. 60163 Tornado hauled passenger trains for the first time, that anyone had again experienced class A1 haulage and it was 2009 with the ‘Peppercorn Pioneers’ before true express speeds were once again experienced.

“As part of The A1 Steam Locomotive Trust’s 30th Anniversary celebrations – and in recognition of the inspiration gained from this final survivor – we have repainted No. 60163 Tornado in BR locomotive green for the first time since 2012. This historic livery will be carried by the locomotive until her next overhaul which is now scheduled for 2022. We are grateful to Craftmaster Paints for their continued sponsorship of the painting of Tornado and to David Smith and West Coast Railways for completing such a fantastic job of repainting Tornado into BR locomotive green in such a short time.”

For timings on these movements, please click the links below:

As always, please respect the dangers of the railway. Please do not trespass on the railway to see this iconic locomotive – stay to public access spots!

Steam locomotive 61306 Mayflower will be on the mainline again this Saturday, as it hauls a special railtour...

Steam locomotive to pass through Barrow in Furness this Saturday

Steam locomotive to pass through Rochester and Gillingham this Wednesday