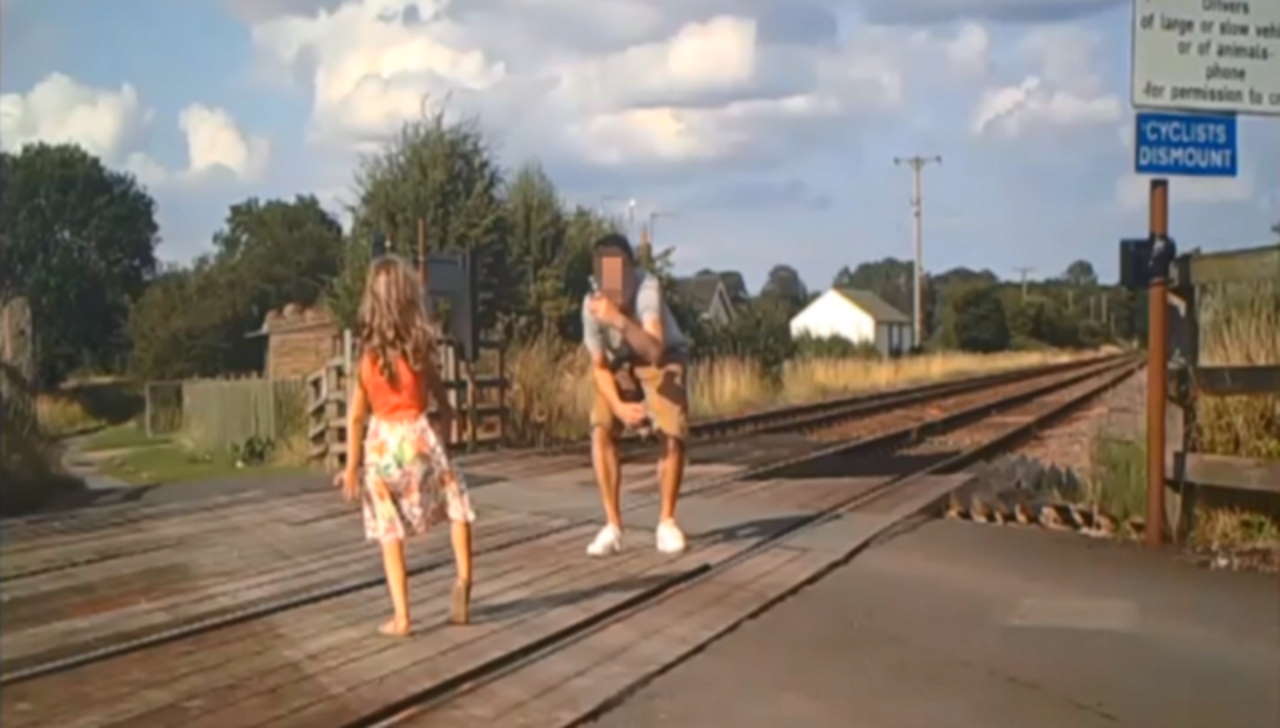 Cyclists are being urged by Network Rail along with pedestrians to use level crossings safely, after shocking CCTV footage was released showing misuse in East Yorkshire.

The CCTV footage was captured at Mingledale level crossing near Harpham, where trains between Driffield and Bridlington travel at speeds of up to 70mph.

The footage shows dangerous behaviour ranging from photo opportunities to individuals leaving bikes on the mainline.

Vicki Beadle, Operations Risk Advisor for Network Rail, said: “The behaviour we have seen at Mingledale and Harpham level crossings is deeply concerning and shows that people are completely oblivious to the dangers they are putting themselves and their friends in.

“More people are exercising outdoors during the summer, and may be taking new, unfamiliar routes, but the railway is not a photo opportunity and it is never safe to stop or hang around on the tracks.

“It is crucial that people take extra care to cross quickly and directly, once they’ve checked it is safe.”