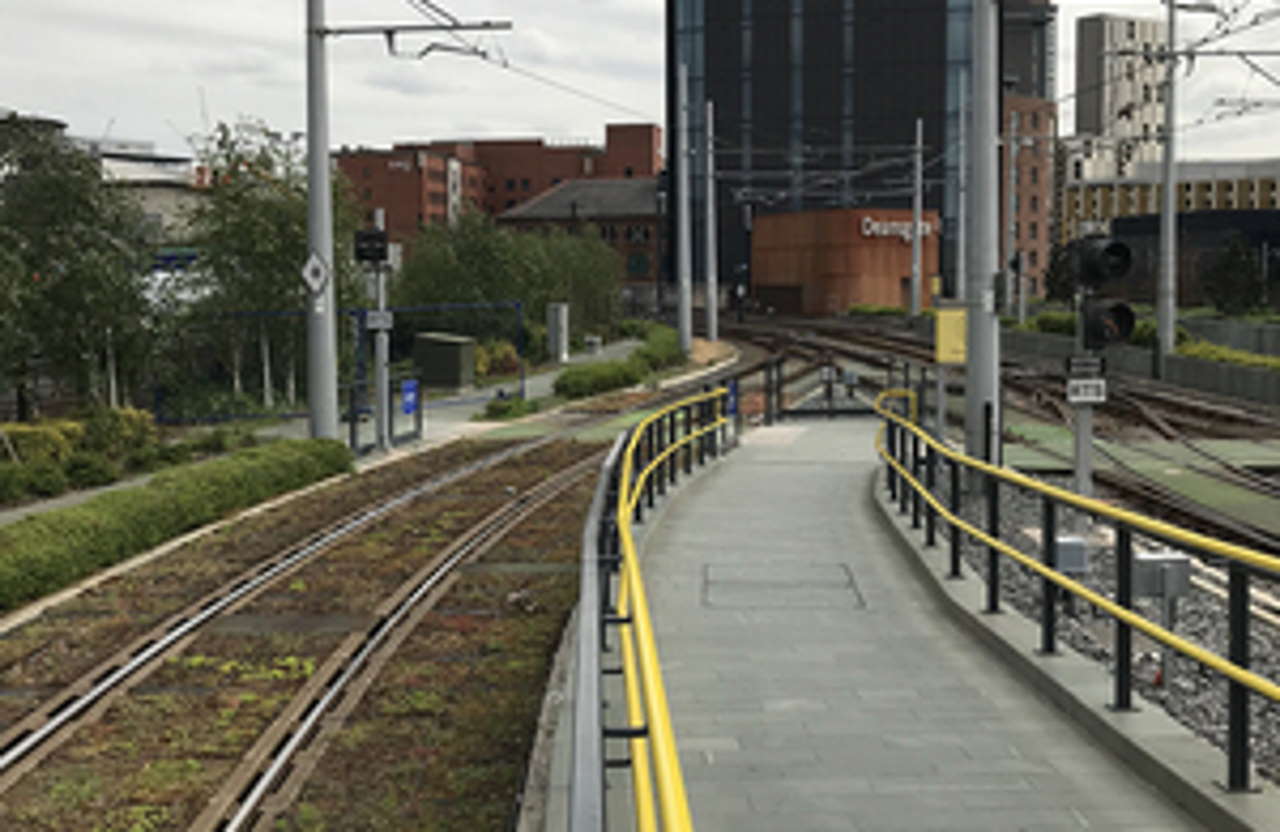 The Rail Accident Investigation Branch has released its findings after a tram passed a signal at danger on the Manchester Metrolink.

At around 17:19 on 17 May 2019, a tram passed through the centre platform of Deansgate-Castlefield tram stop without making its scheduled stop.

The tram exited the platform at around 9 mph and then passed a stop signal. This placed the tram in the path of a second tram, which was approaching a junction as part of a signalled movement.

The driver of the second tram saw the first tram approaching and was able to stop in time to avoid a collision.

The incident occurred because the driver of the first tram did not stop at the platform or stop signal, due to a temporary loss of awareness.

Whilst there is some doubt as to the reason regarding the loss of awareness, the RAIB considers that it was either a result of a medical event, or the driver losing focus.

The RAIB had found that the driver had been involved in previous incidents, but Keolis Amey Metrolink had not addressed his safety performance.

RAIB also found that the driver’s safety device on the tram did not detect the driver’s loss of awareness because it was not designed to do so.

The hazard of a driver losing awareness was not recognised by Thale or Transport for Greater Manchester.

The RAIB has made three recommendations addressed to Keolis Amey Metrolink. The first one concerns a review of the strategy for managing risk.

The others relate to factors that were not causal to the incident.

Simon French, Chief Inspector of Rail Accidents said: “This alarming incident reinforces the need for the tramway industry to continue to pursue implementation of the important recommendations that RAIB made in the report on the Sandilands junction disaster of 2016. Trams are driven in accordance with the ‘line of sight’ principle, and safe operation is heavily reliant on drivers remaining focused on the driving task at all times. It is important that drivers’ fitness and performance are carefully managed, and systems are in place to detect that a driver has lost awareness. It is therefore encouraging to learn that there is a lot being done in the tramway industry at present to develop, test and evaluate improved systems for the detection of drivers’ loss of awareness.  In our investigation into this incident it was disappointing to find that management processes and action plans, intended to address previous safety incidents in which the tram driver had been involved, had not been carried out or were not fully implemented. The integrity of any safety management system relies on conscientious and intelligent application of the procedures that form part of it. If managers don’t do this, the safety of the tramway is at risk.”