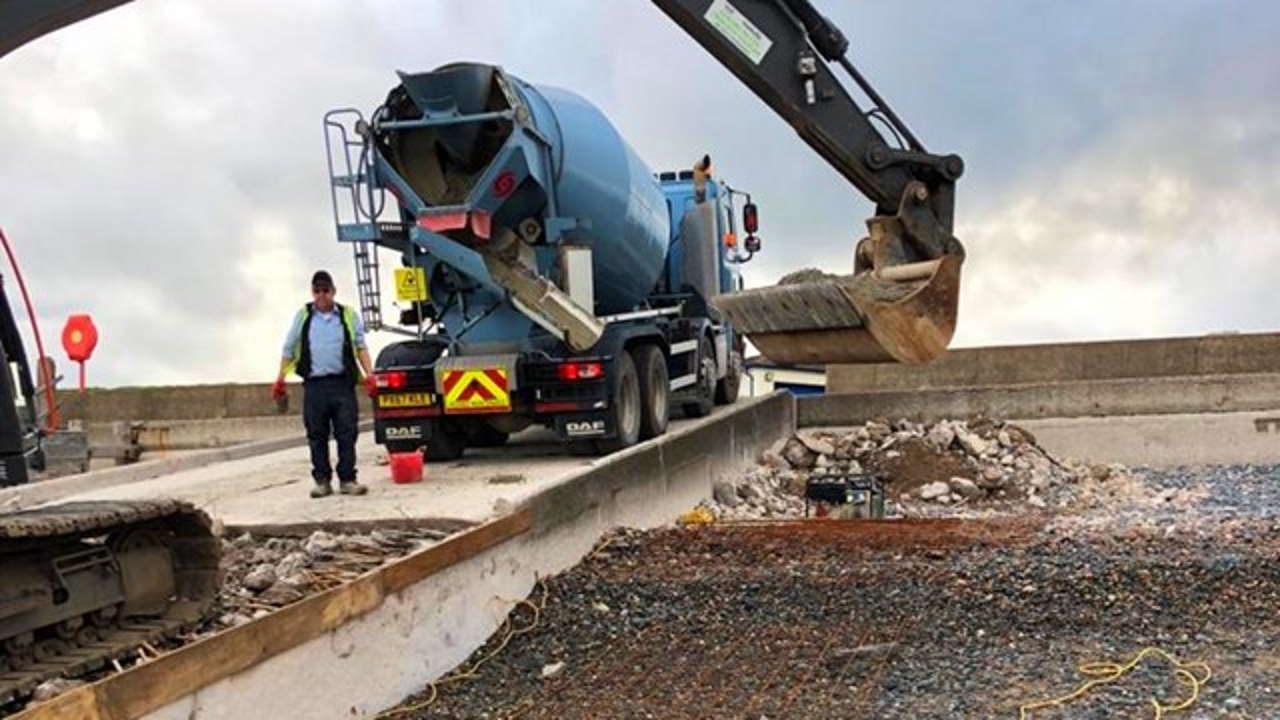 Railway engineers that are securing the Cumbrian Coast line from extreme weather have rebuilt a section of a public slipway used to launch lifeboats.

The work at St Bees is part of the £8m Great North Rail Project investment to improve reliability for passengers.

To access the land to complete the work, engineers used a slipway that is used by the St Bees Royal National Lifeboat Institution (RNLI).

However, it appeared the slipway needed attention after being battered by the elements and the railway lent a hand to fix it.

Concrete that was washed away over the years having been pounded by the waves and rocks was re-laid.

Craig Jackson, works delivery manager for Network Rail, said: “It was the least we could do to fix the slipway at St Bees and also allow the RNLI to continue its fantastic work.

“While we were there with all the construction equipment it was only right to fix the slipway while we were carrying out our £8m Great North Rail Project scheme to protect the railway from coastal erosion.

“It’s great that our essential work to secure the long-term future of this vital railway route for passengers and freight on land, has now also benefitted those who find themselves in trouble at sea.”

Gerard Burns, RNLI regional estates manager, said: “I’d like to say a massive thank you to Network Rail for their assistance in repairing the concrete slipway at St Bees. Thanks to the team’s hard work, the lifeboat station has been able to remain in service.”

Jeffrey Hailes, Copeland councillor for St Bees, said: “I’d like to thank Network Rail and everyone involved in this important project. There is now a safe access for our dedicated RNLI team when they are being called out to sea, and a safe route for the public to access the beach. This work is much valued by the whole community.”

The Great North Rail Project work to stabilise the railway at St Bees is now complete.