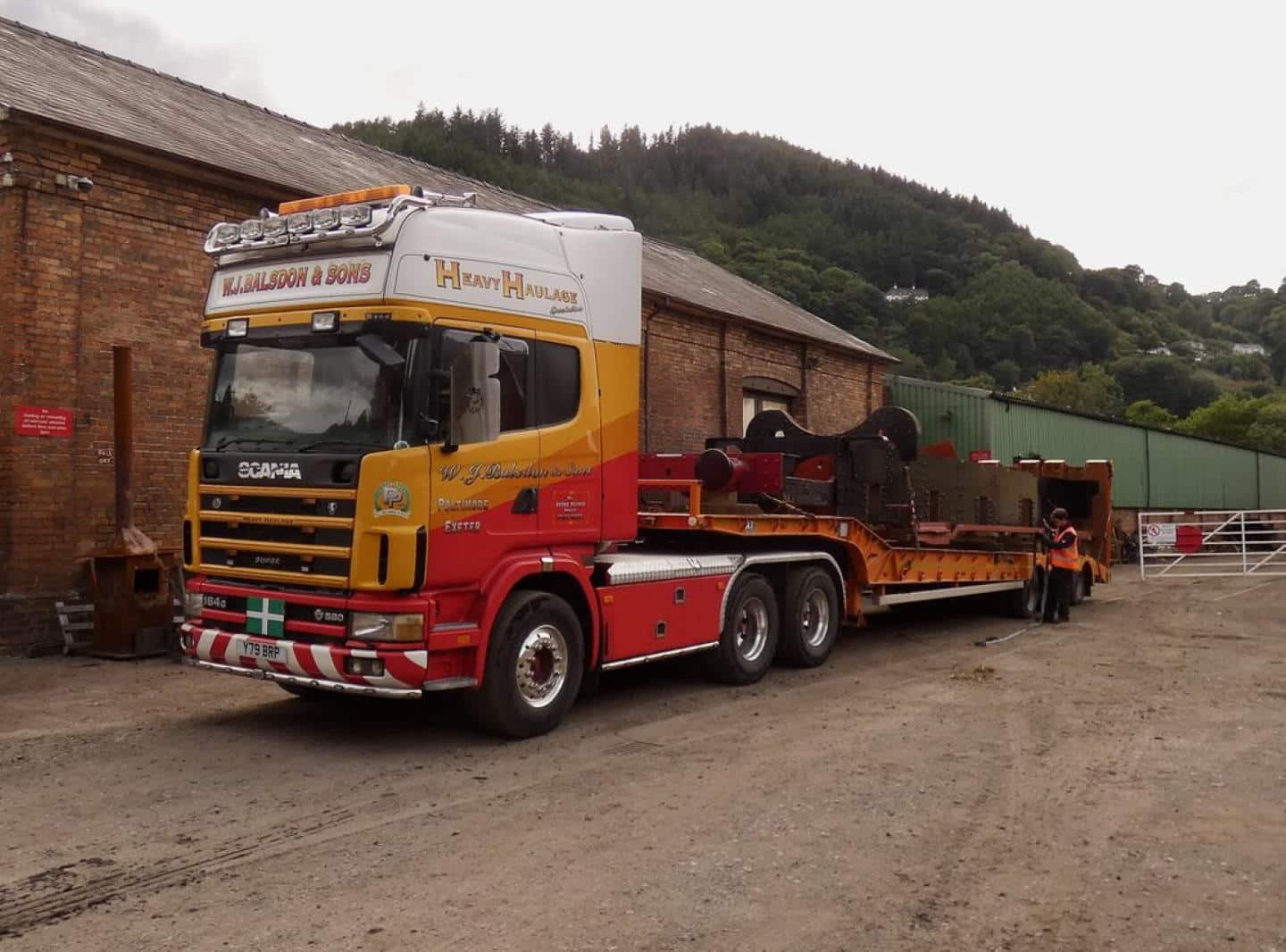 The 4709 Group has announced that W J Balsdon Heavy Haulage has delivered the frame for new build steam locomotive GWR 4700 No.4709 to Leaky Finders’ workshop.

To progress to the next stages of construction, the decision was made to move 4709 to Leaky Finders.

So far the frame has been moved, with the wheelsets and leading pony truck to arrive from Tyseley Locomotive Work and container filled with components from Llangollen Railway.

Work should resume on the various ongoing tasks shortly, with the possibility of the rolling chassis for steam locomotive 4709 being completed by the end of the year if all goes well.

Manufacture of the cylinder blocks has unfortunately been delayed due to lockdown. Once finished and shipped to Leaky Finders, they can be fitted to the frame and aligned with the horn guides.

The project’s Chief Engineer, Paul Carpenter, was delighted that 4709 had found a new home and that work could re-start for the first time since “…what feels like the beginning of the year. It’s been months, and while we’ve managed to complete a number of small projects in that time, we were always going to be a long way behind once the lockdown was lifted.”

“Who knows, we might even have a rolling chassis by the end of the year,”

Volunteers resume maintenance and repairs on the Mid Norfolk Railway